Intel had wanted to produce 10nm processors for many years, but could not start working on this issue. After years of delay, finally the distribution of Ice Lake processors will begin in June. This processor will be used mostly in portable computers.

It is unknown which notebooks the new parts will be used on first. A generic model may be released in the US in early July. Intel made some very ambitious statements about the new processor and said that future i7 quad-core chips will give twice as much graphics performance as today’s eighth generation counterpart. The same processor will decode videos twice as fast and process AI work up to three times faster. After the 14nm technology that has been used for many years, this new system will be a big breakthrough for Intel.

It is possible that we can see many new 10nm chips in 2019 and 202. We can see these chips in general purpose graphics processors, server-side processors and artificial intelligence focused Nirvana’s special parts: 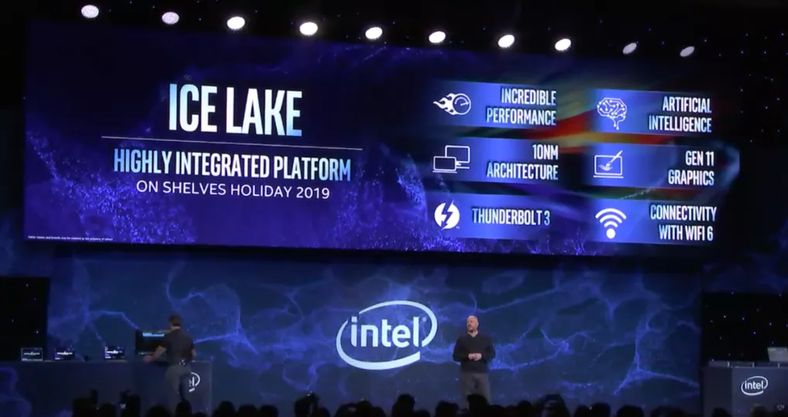 A little more to switch to 7nm technology. need to wait. The Xe-based general-purpose GPU, which is expected to be the first product with this smaller and denser technology, will debut in 2021 at the earliest. Intel aims to produce chips over several generations using ultraviolet printing in these chips, where it expects at least a 20% performance increase per watt.

Intel’s lateness in 10nm chip production created an opportunity for competitors such as AMD and companies using ARM-based chips to catch up with Intel. Although AMD processors are not as compatible as Intel, we know that Intel has always prided itself on producing the fastest processor. However, this situation did not suit the image created by the company. With the new Intel breakthrough, everyday laptop users will finally find a reason to refresh their PCs.