Research for the ancient city of Sagalassos, located near the Ağlasun district of Burdur, has been going on for about 30 years. An international team has been formed, working layer by layer to unearth the region. With the latest studies, the faces of the people living in this ancient city have been revived.

In studies based on skeletons that researchers had previously found, the faces of a woman and a man were animated. It is stated that the man whose face is portrayed is a Roman who lived at the beginning of the 3rd century AD, and that the woman was a Byzantine who lived between the 11th and 13th centuries AD. Here are those people whose faces are animated; 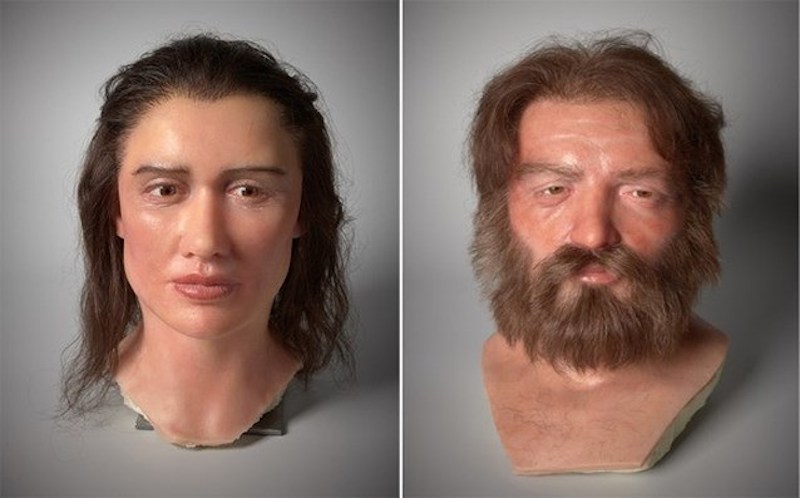 Researchers also gave these people nicknames. The given names were determined as ‘Rhodon’ and ‘Eirene’.

Professor Jeroen Poblome, the number one name of the Sagalassos Archaeological Research Project, made some statements on the subject. Stating that archaeologists generally concentrate on important names, Pobleme said that they do not behave in this way and that they are curious about the normal people living in this city. In addition, Pobleme stated that the people living in Ağlasun played a decisive role in the creation of these faces and said that the people of the region generally have brown eyes, brown hair and light skin, and they use this on animated faces.

Sam Cleymans, one of the researchers in the region, talked about the hair and beard lengths determined in the creation of faces. In his statements, Cleymans stated that in the Roman period, more importance was given to the external appearance, but in the Byzantine period, the external appearance was not so important. Cleymans stated that this is why they gave the Roman man a hair and beard in this way, and added that they added shoulder-length hair to the Byzantine woman.

The animated faces will first be sent to the city of Lueven in Belgium and will be exhibited there for 1 month. The faces that will return to Turkey at the end of a one-month period will first be exhibited at the event to be held in Istanbul, and then sent to the museum in Burdur, where they await their visit.