We will do our best not to repeat the same mistake, but for this it is necessary to admit that we made mistakes. It seems that Google painted a company image that did not admit its mistake from the days when it was a search engine until 2019. It also gives us one of the best stories about how big corporations go blind.

Google doesn’t really need a social media outlet today, but if it did, everything would change. In a shallow sense, a worthy social media arm with Facebook would make Google the richest company in the world by far. With Android in everyone’s pocket, he could not establish an environment where people can express themselves in various ways on every screen with YouTube. 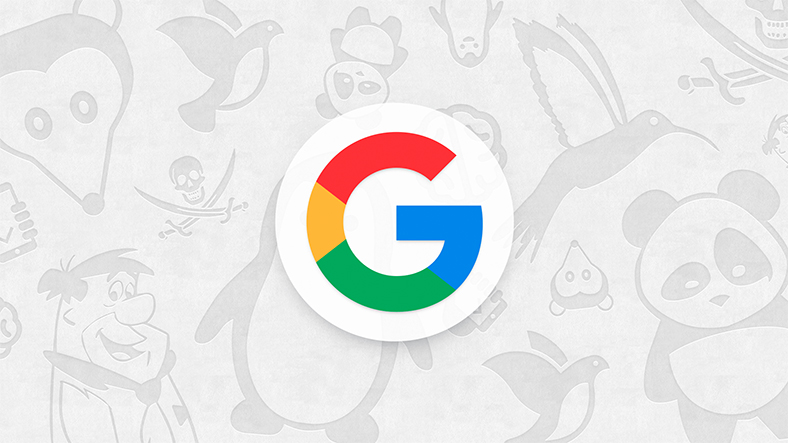 By acquiring Blogger’s founder Pyra Labs on February 17, 2003, Google took a firm step towards the era of text-based freedom of expression. In the same year, he acquired Friendster, the biggest competitor of MySpace, and started social network advertising activities. A year later, Google would miss a historic opportunity. 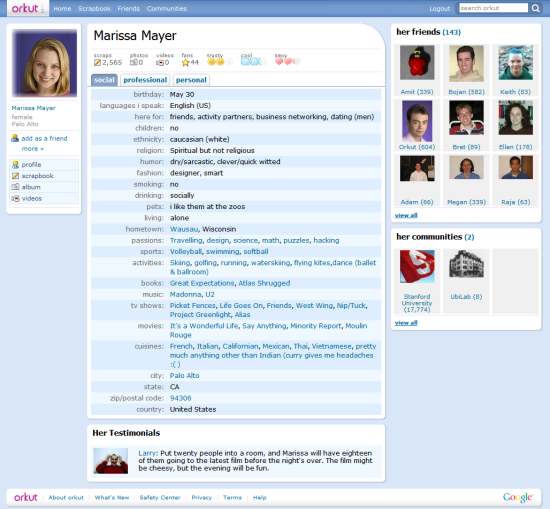 If Google had done this social media thing right, we’d probably be talking about Orkut Büyükökten these days instead of Mark Zuckerberg. Büyükekten currently owns Hello Network, an India-based social networking company. The Turkish engineer was a former senior executive of Google. The project that brought him to the top positions in Google was the social network idea he named Orkut.

Google was very keen on this project called Orkut and made Büyükökten one of its top managers. We were in 2004, a year later Facebook would appear. Orkut had 300 million users when Facebook was a baby, Facebook only reached this number in 2009. In 2008, Büyükökten became a product manager at Google and left the Orkut project. Google couldn’t find an administrator to replace him. Over time, Facebook surpassed Orkut in terms of number of users and became the owner of the summit. Orkut became history in 2010, Büyükökten left Google completely and founded his own company. Fakaaaaattt, by the time we got here Google was going to smash more opportunities.

Google, though not a social media initiative It started testing in 2004, completed it in 2007, and launched Gmail. Almost 70% of the mails circulating on Gmail, which is currently the most used e-mail service in the world, consists of spam content. So, you probably don’t take an e-mail that you didn’t expect seriously.

2005: Before Foursquare there was Google Dodgeball 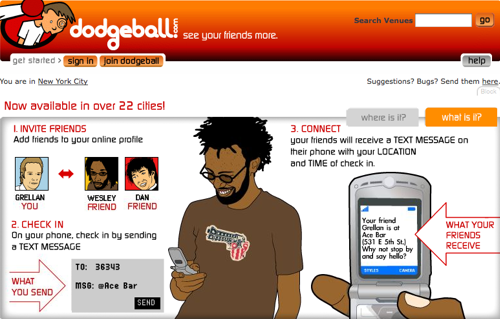 Location-based social media startup Dodgeball bought When Google said let’s try it from here, the calendars were showing May 11, 2005. Working according to the location information of the phones, Dodgeball gives you the chance to send notifications to the users around you. It was kind of like poking another user you were at the same cafe with on Facebook. So there was no emotion or sharing involved.

In the same year, Google Talk was activated, and telephones began to be used free of charge like wireless. Thanks Google, everyone needed to get around like a traffic cop anyway.

In 2006, the chat feature came to Gmail. I guess Google here asks the people we send CVs to “Slm cnm, nbr?” He thought we’d say. In the same year, the Writely service, which allows making changes on the common document, was activated. Today we use the same service as Google Docs.

While Tinder didn’t exist, Google Romance existed, but it was just a joke: 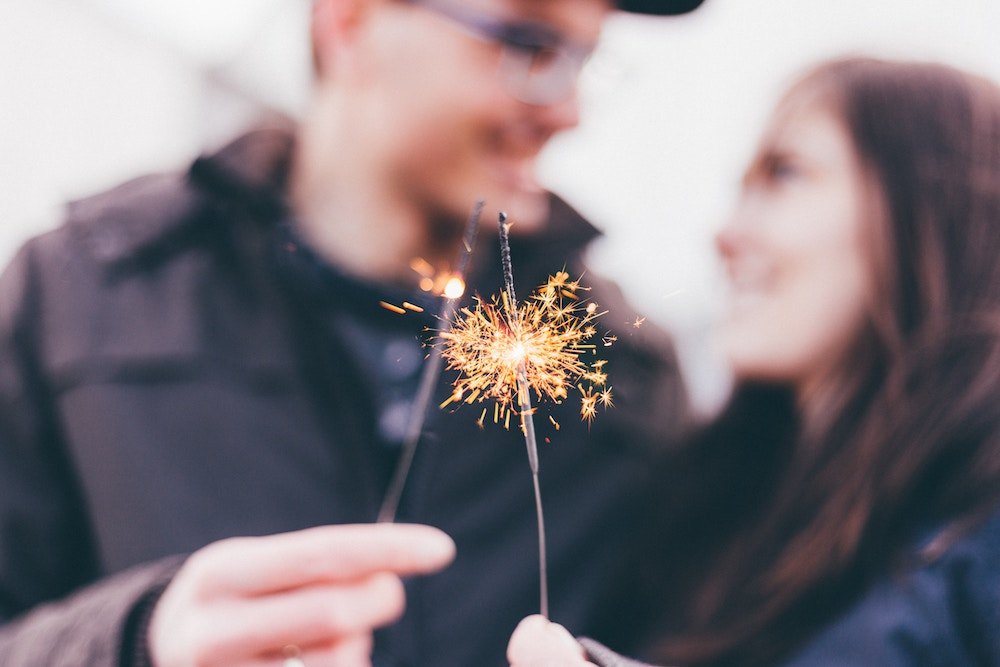 Google, April 1, 2006′ also introduced a service called Romance. People would mate, date and meet each other according to their psychological characteristics and habits. Unfortunately, Google’s attempt was an April Fool’s joke, seriously. Later on, Tinder, which did the same job, took off. Google licked its palm again,

Although it was established to share photos, Picassa, an alternative to Photoshop, was installed: 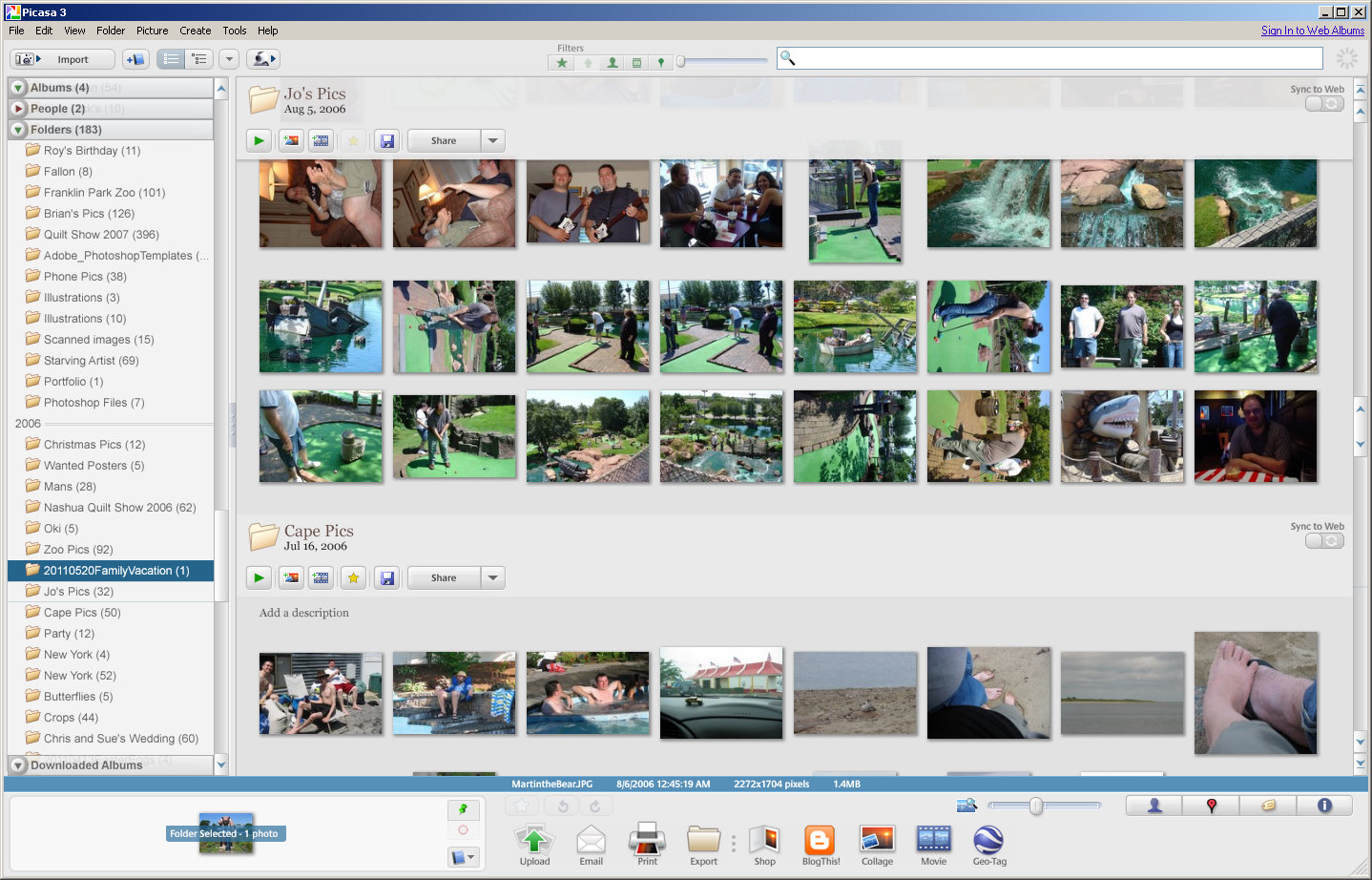 Again In 2006, Google came up with Picassa, this time allowing photos to be edited and shared online. Creating photo albums on the Internet was nice, but again, it lacked the essential element to get people to interact with one another. You had no opportunity to express an opinion here.

Once the social media site, YouTube is now Google’s: 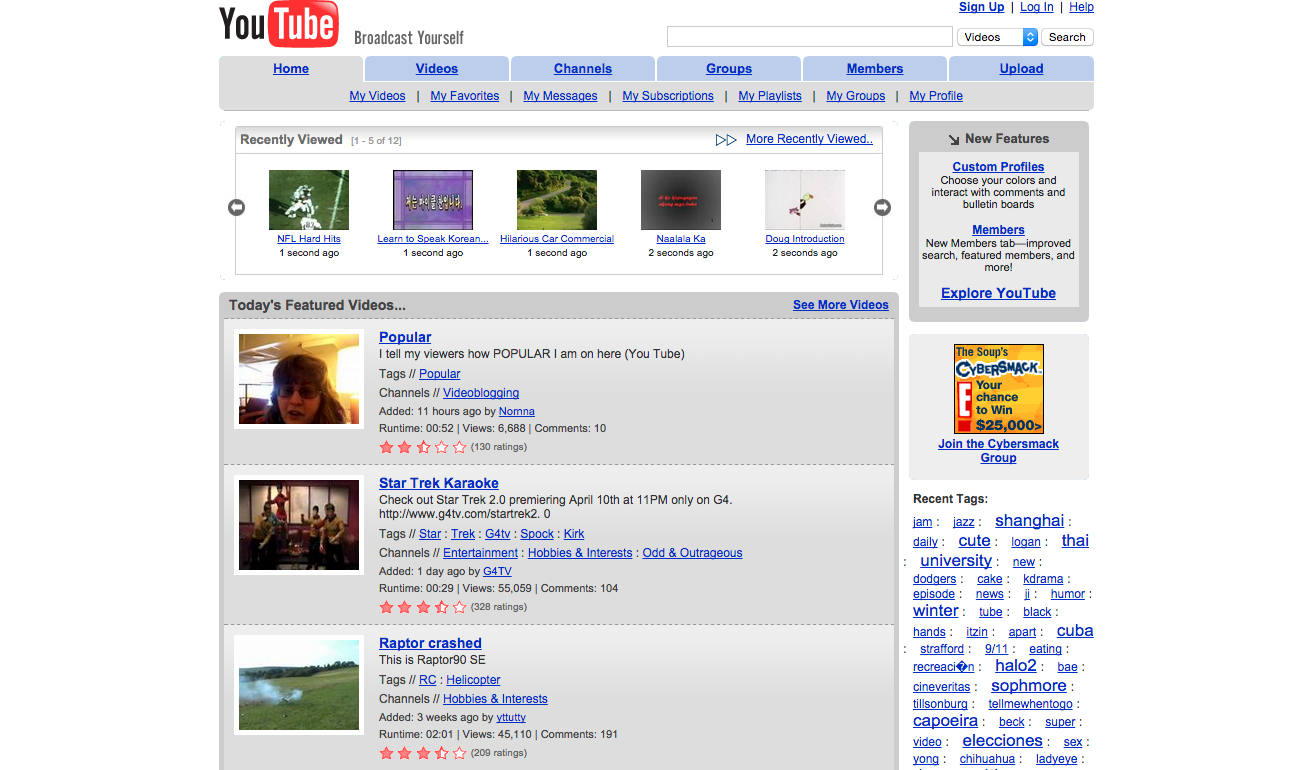 October 9, 2006′ In 2016, Google bought the internet project YouTube, which started with the idea of ​​sharing our personal video content, for $ 1.65 billion. After that day, YouTube started to be a video platform. As a matter of fact, it was still not a service that would directly rival Facebook or Twitter. It wasn’t like that anyway. The purpose of posting videos on YouTube was to reach people who didn’t know you.

MySpace and Google have decided to become partners. The goal was to become a direct competitor to Facebook 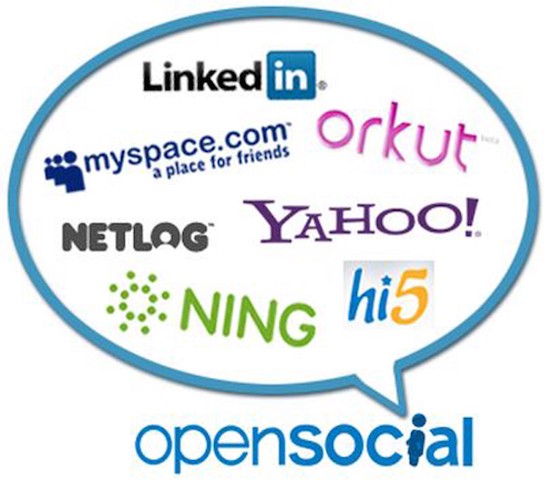 MySpace and Google, which had previously established advertising partnerships, realized that Facebook would grow. The first product of the partnership was a project called OpenSocial. OpesSocial was the idea of ​​offering a third-party application to all other Facebook alternatives, directing accounts to be managed from one place.

What Google didn’t understand was that people use each medium for different purposes. Brands such as MySpace, Yahoo, Hi5, Bebo, Orkut, Friendster, LinkedIn, which have not yet been closed, have become partners in this business. Google wanted to unleash everyone on Facebook at once. This experience taught good things for the social media experience on mobile, but again it was a failure.

Google is obsessed with Facebook. The Friend Connect project, which gathers all websites with or without a social network, has emerged:

It was free, except for developers, people without software knowledge can also use Google. They were able to use the Friend Connect network of . We think it goes without saying that it is an example of failure again.

In the same year, another project called Google Lively emerged, which was unplugged only 6 months later. Google announced the purpose of this project as “to make it easier for people to express themselves on the web,” but the project was shelved before it could even express itself.

In the same year, a new project emerged where you can interpret the search results like a photo. This initiative, called Search Wiki, was based on the idea of ​​returning discussion under Google search results. While even dictionary sites with similar ideas were raging in Turkey, Google again tried to hold onto an idea that did not belong to it.

Google Latitude launched in 2009 where you can see your friends’ location on a map: 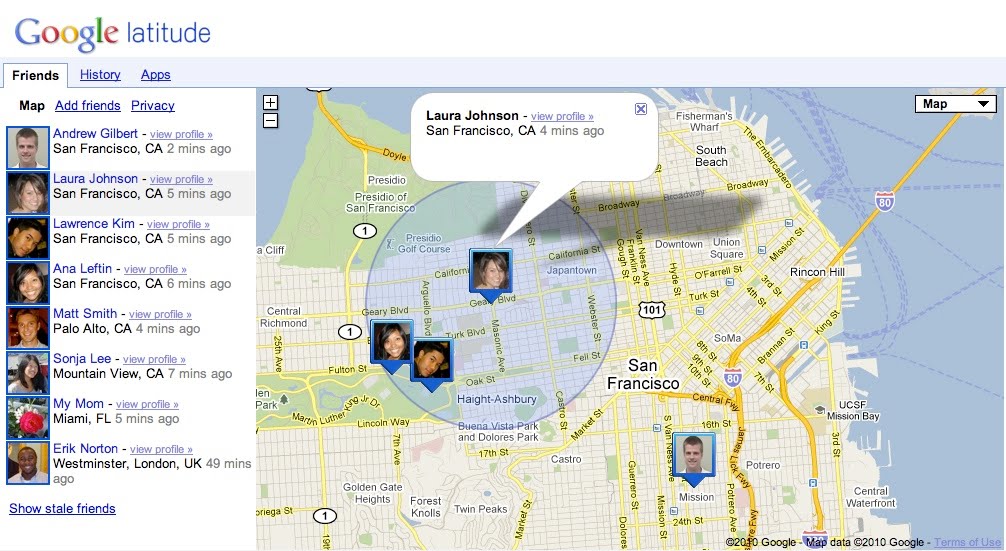 Behold There was a Dogeball before, remember? That project left its place to the Latitude project. Google liked the idea of ​​people sharing locations with each other via cellular data. At the same time, you could see all the users who made their entire location public, on the map, and connect with them. This social media business had turned into a corner snatch.

In the same year, another social network called Google Waves emerged. It was first opened to developers, then reached 100 thousand users. People had the opportunity to see their e-mail, social media accounts and wiki sites in one place. Then this project was completely sold to e-commerce giant e-Bay. 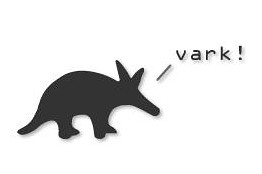 Experience both search and social media Aardvark (whatever the name means, anteater) was founded by two former Google engineers. Google bought this project for $50 million. The slogan was very nice “Social search” , but that idea didn’t take off either. The project was shelved in 2011.

In the same year, the messaging platform called Google Buzz emerged. It was a system where you could share photos and statuses with your friends via your Google e-mail addresses and comment. Everyone was controlling all the activity from the Gmail screen. It took its place on the dusty shelves of history in Buzz in 2011. 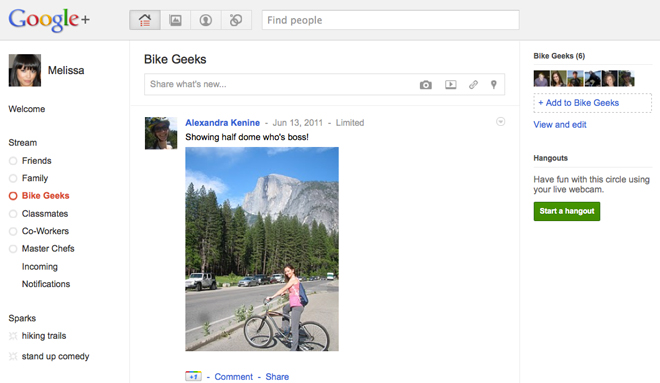 The firm, which could not fix the seams, had now made a definite decision. A social media platform that would not be used by anyone but would stand aside would be built. Some adapted features from other companies such as Circles, Topics and Video Chat are included in this platform. On paper it was Google’s 4th official social networking venture, but there was more to it.

Google+, which exceeded the 65 million user threshold over the age of 18 in December 2011, reached 500 million users at the end of 2012. From time to time, the mobile experience of Facebook and Twitter began to improve. Having acquired WhatsApp and Instagram, Facebook was now the sole leader of the social media business. Google+ started to lag behind in terms of mobile experience.

The number of 500 million users is not enough when you consider the 2 billion Facebook. Google continued this project stubbornly. Taaaa kiii until 2019. 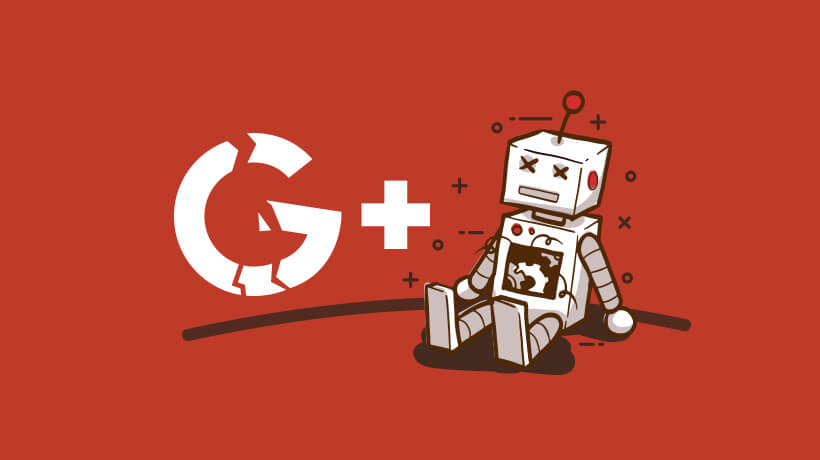 Google received a cancellation did not surprise social media users with his decision. Yes, there were few people using Google+. As a matter of fact, what Google needed to do was to attract big brands and famous faces to the platform and to offer a more colorful experience.

Even Snapchat, just as an attempt, was able to taunt the giant company Google on social media. After years, Facebook lost its power in its main service, it became a star with Instagram. LinkedIn was acquired by Microsoft and entered its golden age.

Despite hundreds of billions of dollars spent outside of Google+, Google couldn’t even spark a social media issue. Google+, which works enough to heat a small house, will be gone from April 2, 2019.

Google will probably come up with a new social media platform in the coming years. This platform will most likely have a structure that can work in integration with its most trusted brand, YouTube, and will be far from the corporate norms in Gmail. It never happened, now he buys an application that has the quality of a social media channel and continues on his way. It seems that Google will not be able to achieve this in their own way. After all, it’s clear that Google didn’t learn from all this failure.