Anna Sorokin Some people, like Elizabeth Holmes; Even when there is no product or service, they can live a luxurious life by extorting money from people under the name of “investment or donation” by using their superior persuasion skills. In particular, we have shared with you the famous story that Holmes defrauded Silicon Valley.

Today, we will examine a fraud story that does not look like the story of Holmes. if you are ready The adventures of Anna Sorokinlet’s take a look.

She was born in the Soviet Union as the daughter of a truck driver. 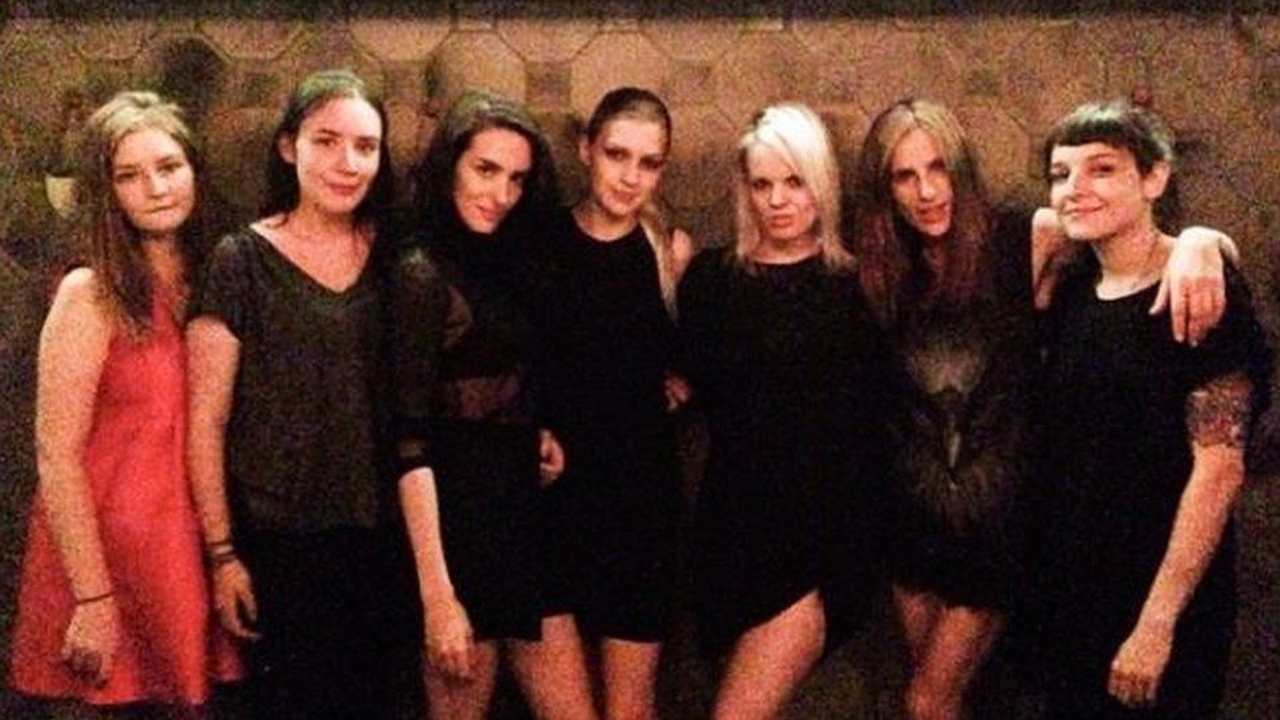 by full name Anna Vadimovna Sorokinawas born in Domededovo, a workers’ village in Moscow, Russia, in 1991, the year the Soviet Union collapsed.

His interest in fashion started during his student years. 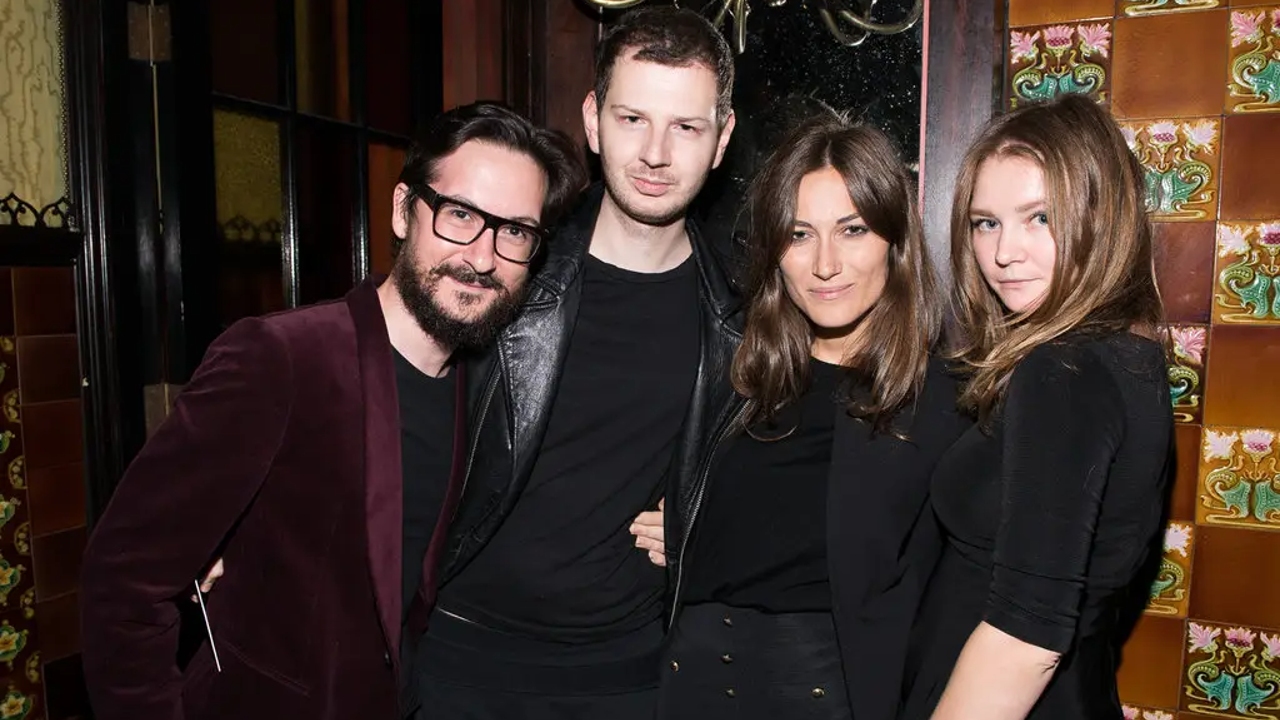 Continuing her education after moving to Germany, Anna has a small family owned by her father after completing her education. management in shipping company made. Anna, who was looking for a new hobby with the bankruptcy of the shipping company, became interested in fashion, which she had been interested in for a while in high school. After studying fashion at the university level, she started looking for an internship and moved to Paris, one of the famous cities of fashion.

While she was interning at various institutions in Paris, she started sharing her own artworks on sites such as Flickr and LiveJournal. Then he took charge in the famous French fashion magazine Purple. In this process, by quiet and withdrawn described as a woman. It is estimated that there is a lack of language behind this silence. 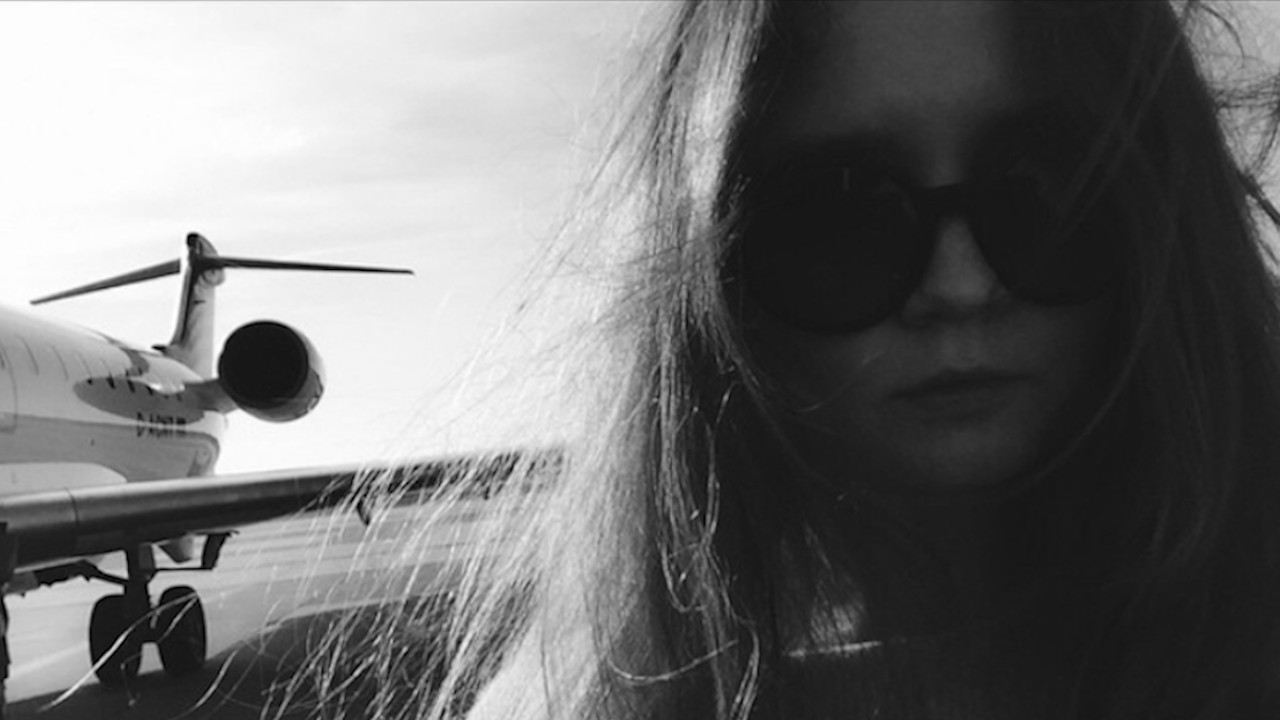 In 2013, the fashion magazine she works for, announced Anna. will be held in New York sent it as a representative to a fashion festival. Anna, who spent some time here; She decided that New York was a more suitable setting for her dreams and requested her transfer to New York as her place of employment.

After the transfer request was approved by the fashion magazine, Anna permanently to New York settled down. The money Anna earned from the magazine only allowed her to live a standard life. Anna, who took great care in her dressing, started to get help from her family in terms of rent when she could not even afford the rent of the house.

The process of meeting with New York society 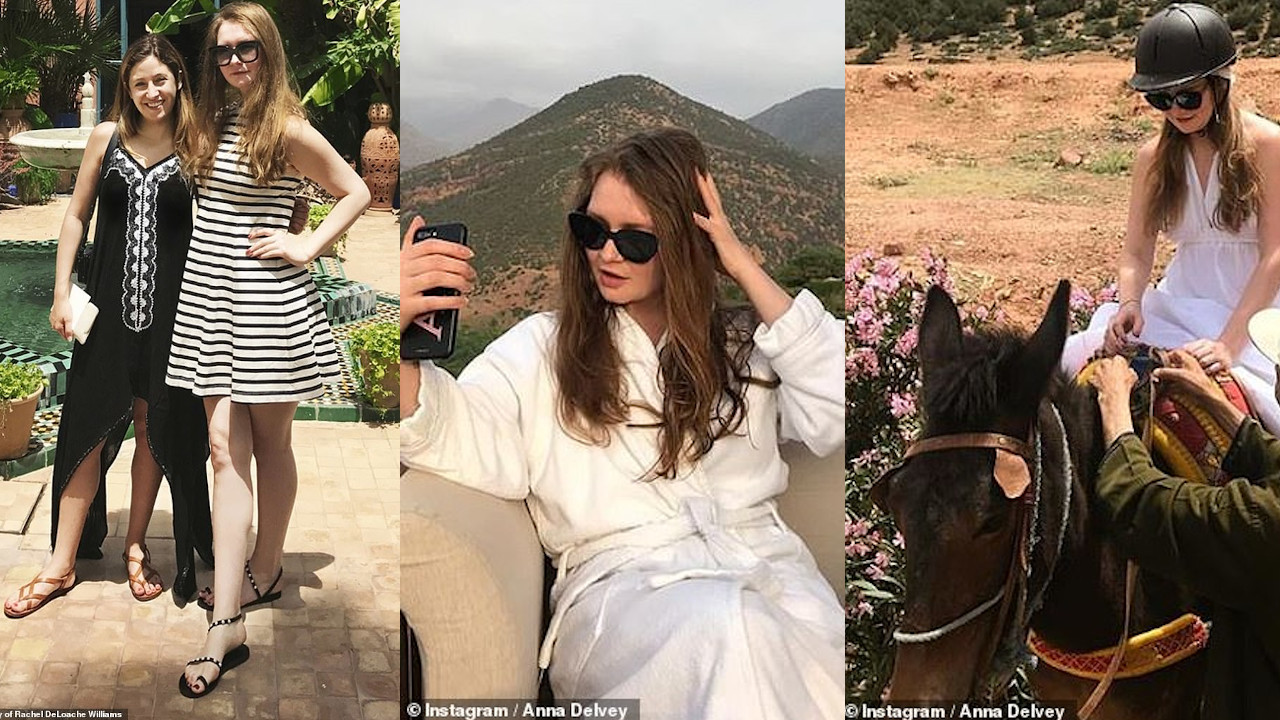 Anna, who gained a certain environment in New York thanks to the social events she attended, showed herself in the events. Anna Delvey was introducing. He went to meetings and business dinners in his most elegant clothes, tipped frequently, and was careful to give the impression of being very wealthy.

After a while, Anna took the broad beans out of her mouth; to everyone he met, from his family He inherited a $60 million inheritance.but he stated that he could not withdraw this money from Swiss banks for now due to minor problems.

“You pay the bill, then I’ll pay you back more than enough” 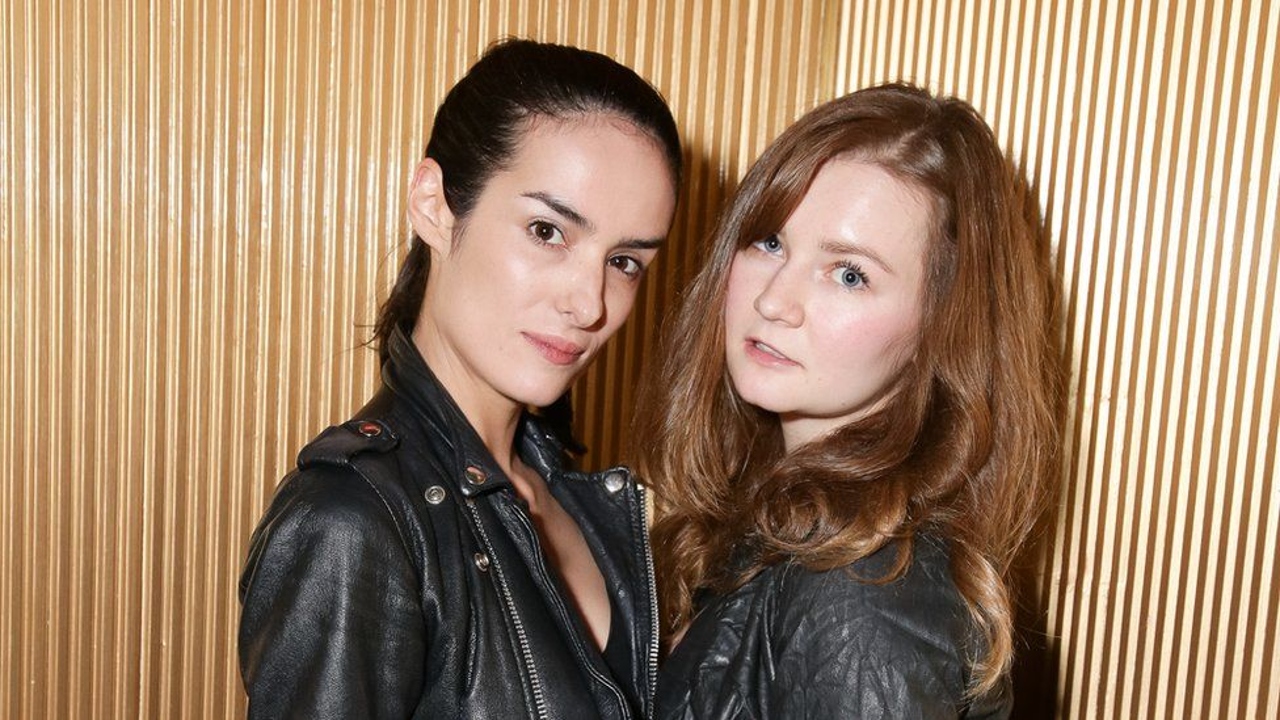 In extremely luxurious spaces, with upper class people Anna, who spent time, was unable to pay her expenses with the depletion of her small savings, but she could not prevent herself from going to these environments. He had a plan in mind, and it was imperative that he appeared here for the plan he knitted loop by loop.

Despite not having 5 cents in her pocket, Anna, who meets rich people in the most luxurious places, when it comes to paying bills; “My credit card is faulty, I forgot my wallet in the car He made his friends pay the bill many times by making up excuses like “or I lost it”. He even had his friends pay for the plane ticket for a meeting.

He robbed high society with the promise of establishing a foundation for the arts. 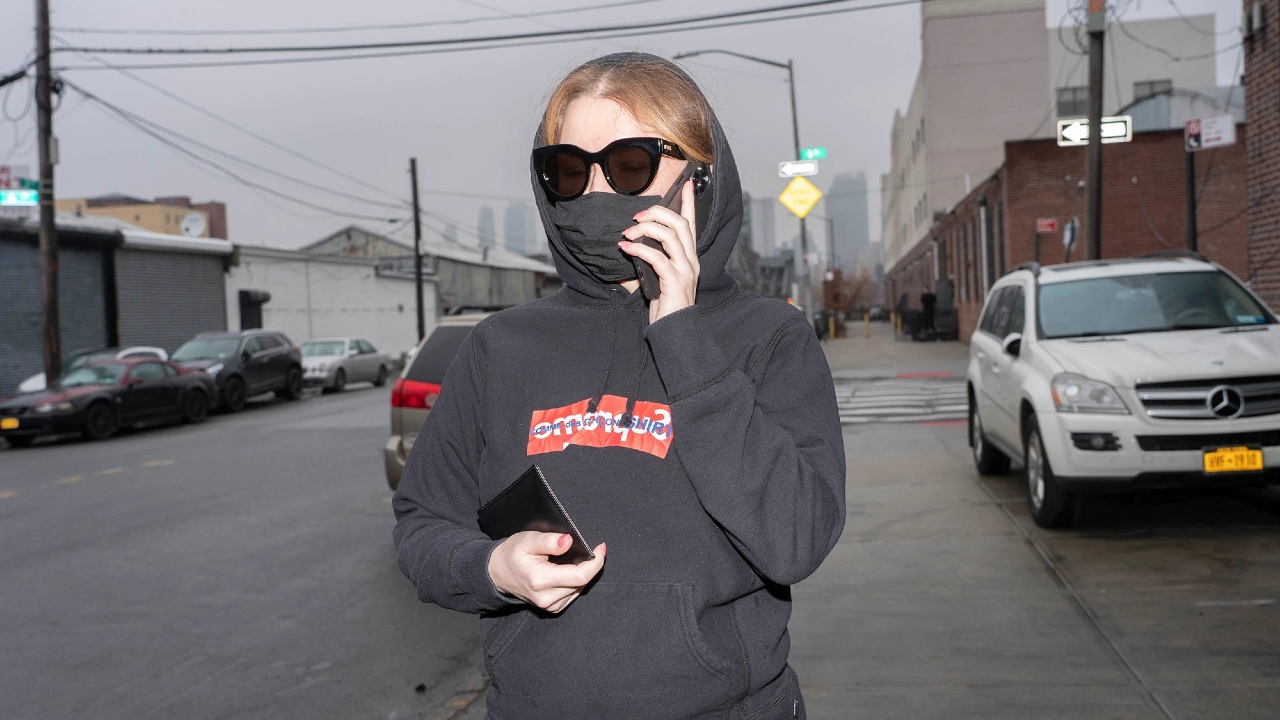 Anna was going to buy or rent some art spaces so that so-called amateur and talented artists could perform art in better environments, but the financial burden on this project was not alone, but under the name of charity. New York riches could share with He also wanted to build a club where the wealthy could enjoy themselves more comfortably, but this luxury venue needed a lot of money. For these reasons Founded the Anna Delvey Foundationand began collecting donations from the wealthy.

Tried to defraud banks with Word and Photoshop 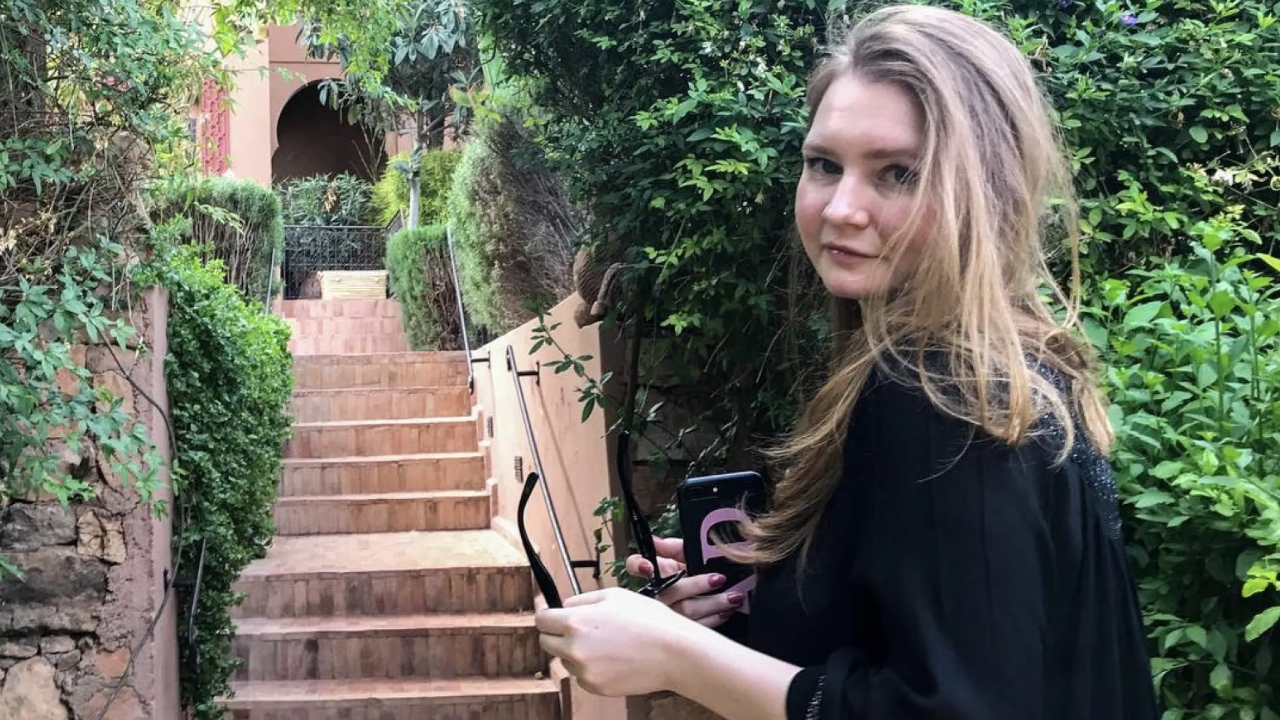 Anna, who spent the money she collected for the foundation and could not continue the foundation because she could not offer anything to the people, found the solution to take a bigger step. Anna, using Word and PhotoshopHe prepared documents as if he had 60 million dollars in Switzerland and various investments in Germany.

Not getting the response she wanted from the CNB, Anna later applied to Fortress Bank. Bank to Anna Pays $100,000 in legal costs upfront He said he could make an evaluation for the loan. Anna was once again rejected by the banks.

Although it was difficult, he managed to get a short-term loan 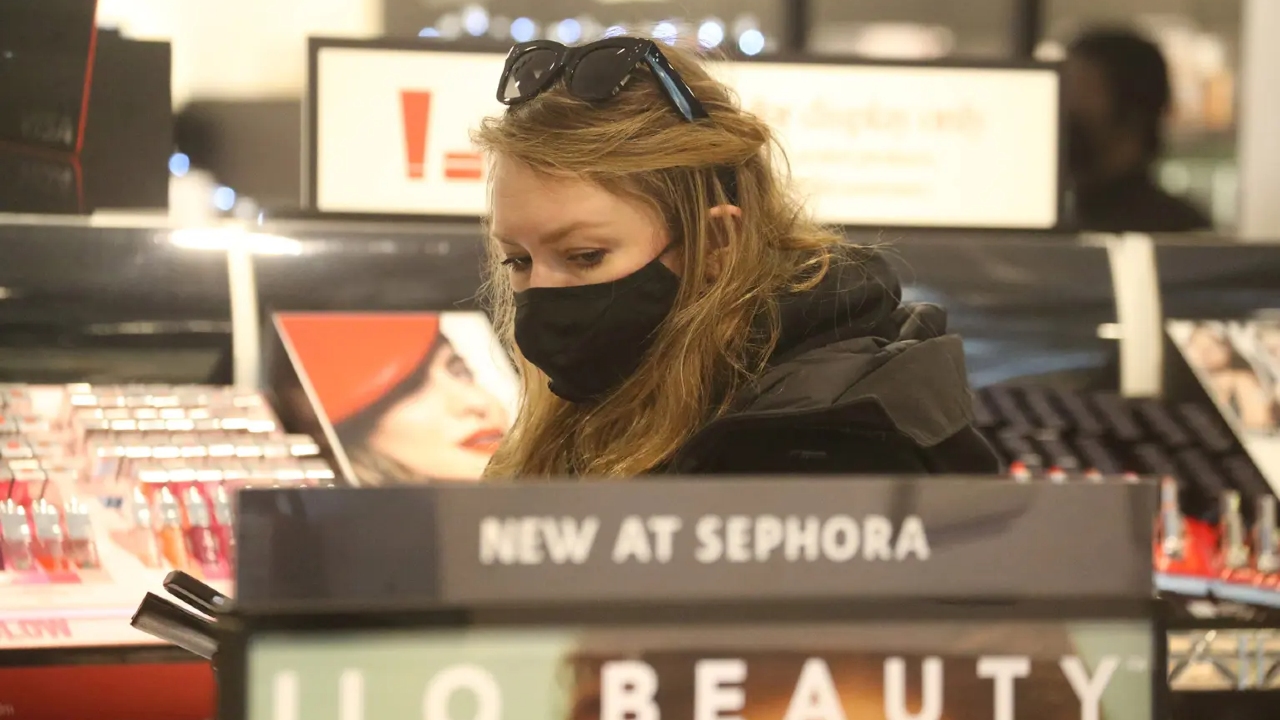 Anna, who made her life by making her friends pay for 1 year, this time to CNB. 100 thousand dollars and applied for a loan with a short-term repayment guarantee. Having closed the loan from the bank, Anna immediately settled in a luxury hotel.

Staying here in a luxurious room, Anna often entertained guests. While serving meals to their guests; She didn’t neglect to tip the staff as well. In this process, Anna extremely wealthy woman instilled his image. Even when his money ran out, he stayed at the hotel for a while without paying, ate meals and bought meals for his guests, thanks to his rich image. 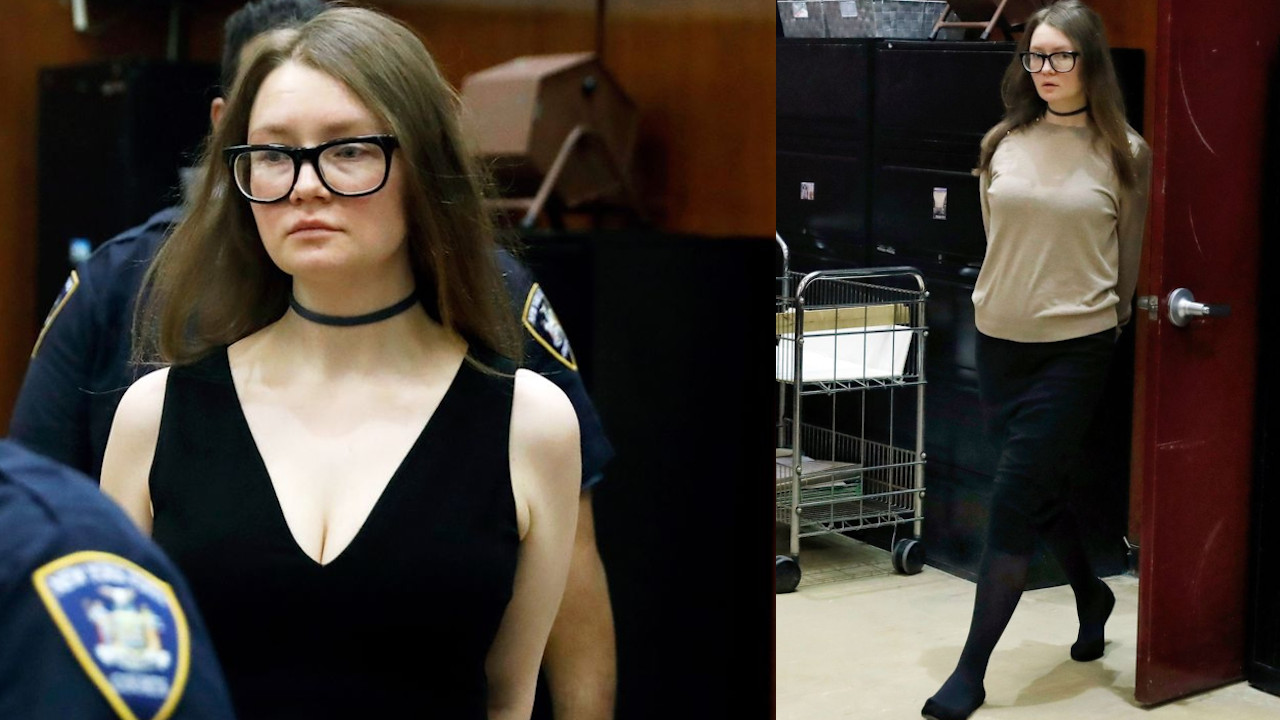 Who does not pay the money of the hotel and the bank where he stays for a long time, defrauds the people he collects donations, bouncing check , for issuing fake bank documents, Anna was arrested on September 3, 2017. During the arrest process, she was reported by her friend that she constantly paid the bills and did not return her money, and that she was constantly talking about an inheritance of 60 million dollars.

She didn’t compromise her elegance even at the trial 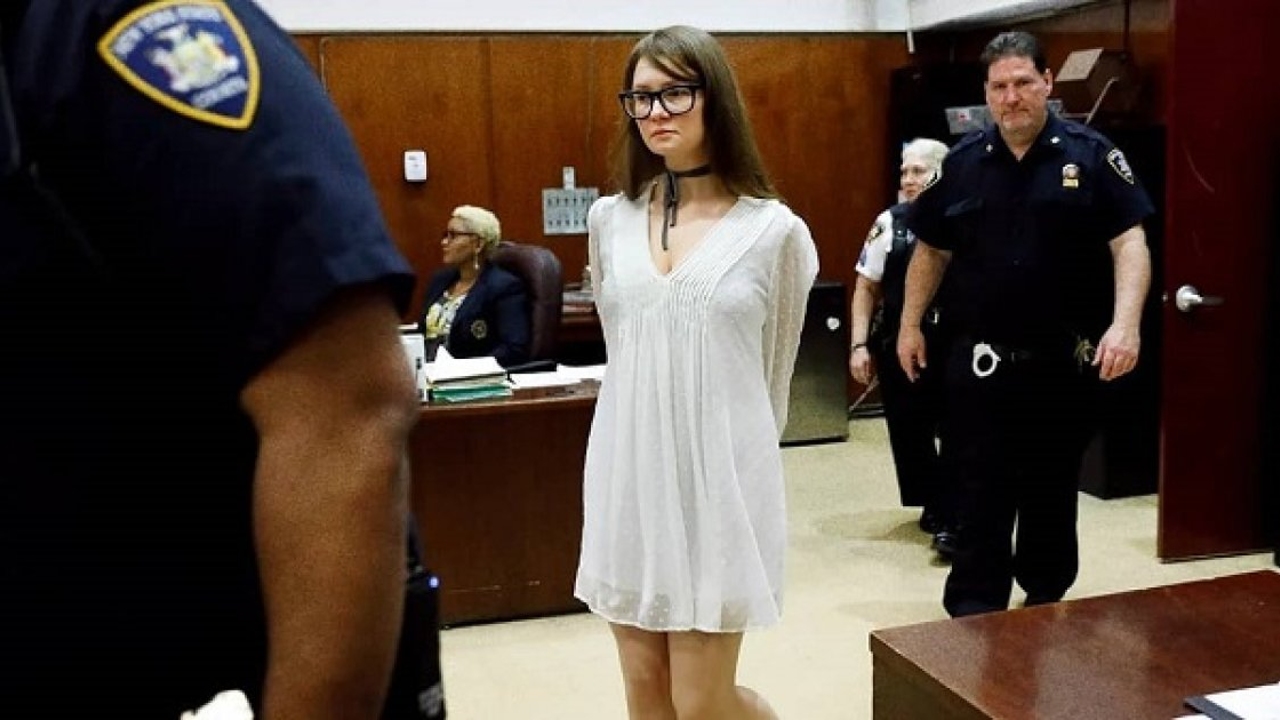 Anna, before the hearing; refusing to appear in court in prison clothes fashion consultant demanded. He also stated that if the counselor does not come, he will not attend the court. The court accepted Anna’s request and had a fashion consultant meet with her. 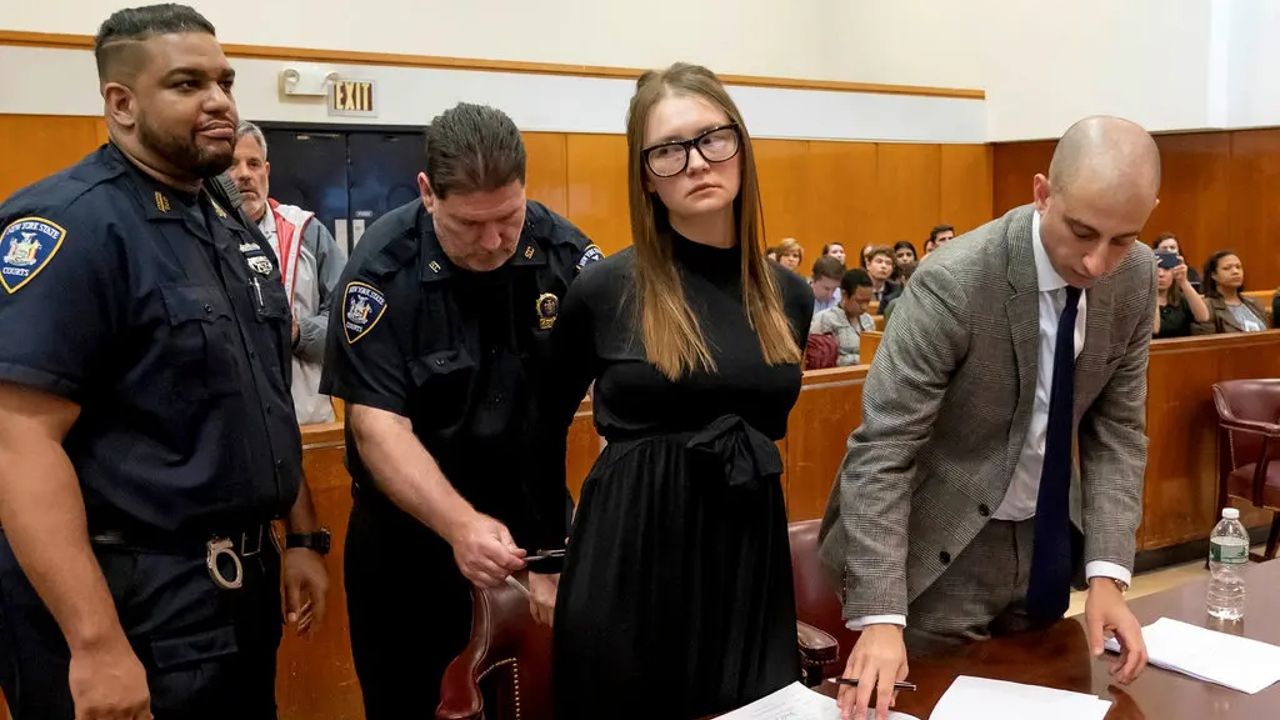 After all these adventures, Anna, who came before the judge; made don’t regret anythingHe explained that he would have lied to himself if he said he regretted it, but that he could not pay the loan he took from CNB even though he really wanted to pay, and that he would not say anything about other charges.

After Anna’s statements 12 years in prison, the receivables to be paid and a fine of 24,000 dollars was ordered.

He somehow made money even while in prison 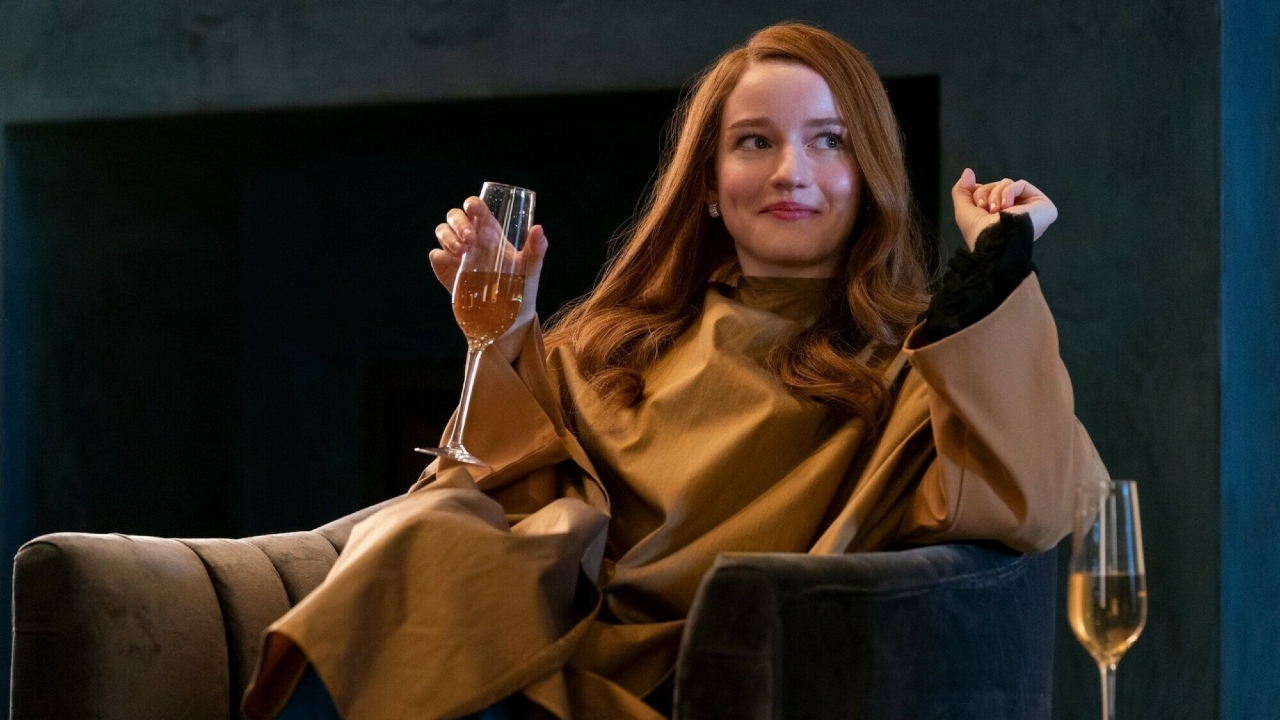 While in prison, Anna made a copyright agreement with Netflix, which wanted to publish her life story as a TV series project, and 320 thousand dollars won. Later, for similar reasons, he received royalties of nearly $400,000 from writer Rachel DeLoache Williams and screenwriter Lena Dunham.

Anna, who made money by being the subject of documentaries on CNBC and HBO, is in America. crime of notorietyHe was also prosecuted for selling his notoriety to the media for money, under the law known as the Son of Sam law. 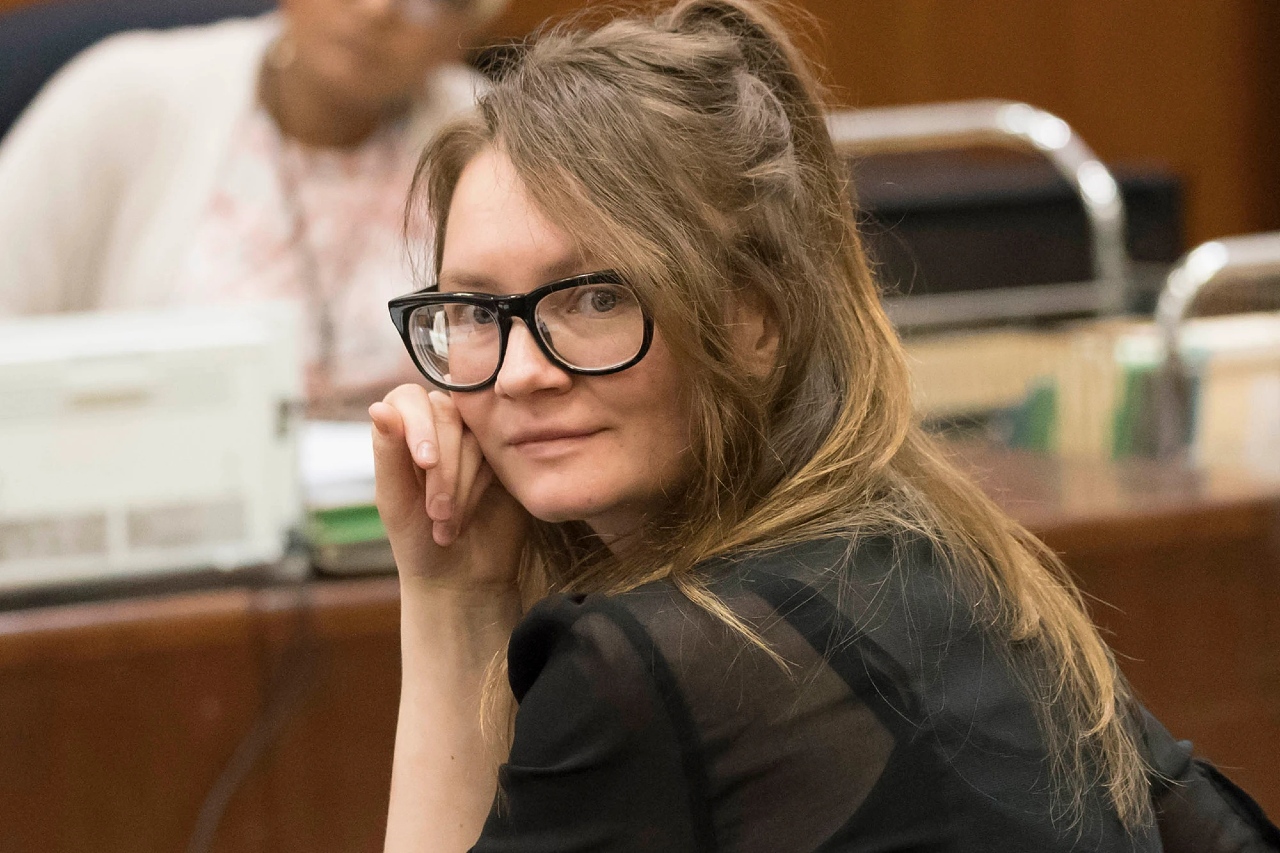 of Anna, money earned in prison Although a significant part of it was returned to the people and institutions to which it was credited, a certain percentage of its earnings were left to Anna as required by law. Netflix’s Inventing Anna series became one of the most watched productions.

Even though he is released in 2021, he is still not free 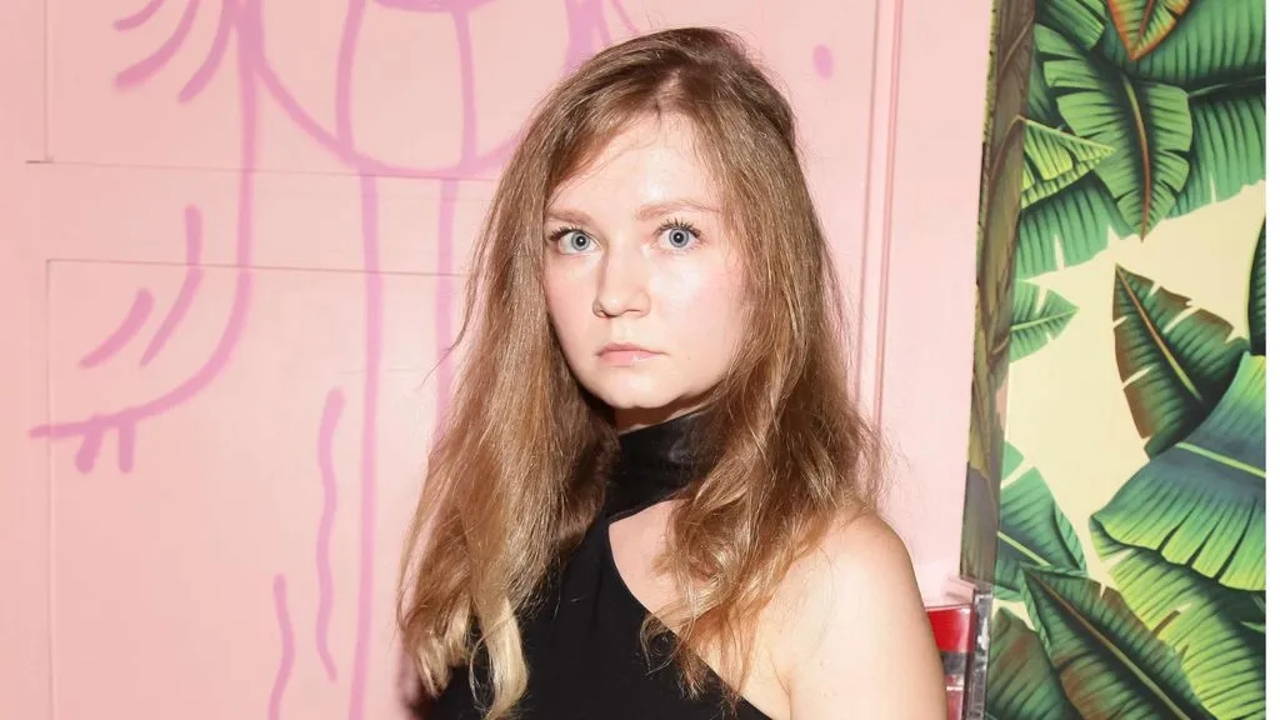 Released on parole on February 1, 2021, Anna was released on March 25, 2021. because his visa has expired was detained. Awaiting her deportation to Germany, she was arrested by the judge on suspicion of Anna’s “proneness to repeat her crimes if she was released”. Anna, who is still in detention today, came to the fore with NFT and new TV series projects.

what about you About Anna Sorokinwhat do you think?