Russia, the country with the highest military power in the world together with the USA, has started the tests of the nuclear submarine Belgorod, which will strengthen its hand against other countries. The world’s longest submarine, acting as a spy submarine, has become one of Russia’s both secret and deadly weapons. Belgorod, which is twice the size of a normal submarine with a length of 184 meters and can dive up to approximately 910 meters, can be used not only in the field of defense, but also in scientific research thanks to the scientific tools and equipment on it.

Weighing exactly 14,700 tons, the submarine is powered by its own nuclear reactor. This power allows the submarine to be used for very long missions. The submarine, which can be guided by artificial intelligence, is equipped with Poseidon nuclear torpedoes. Thanks to these torpedoes, it can easily destroy an aircraft carrier and hit coastal targets from 9,500 meters away.

Poseidons, the nuclear warheads carried by Belgorod, can create a tsunami by hitting coastal targets with their 2 megaton power, resulting in great losses. With these features, the submarine, which will be the new fearful dream of the seas, is a candidate to be Russia’s new flagship submarine. 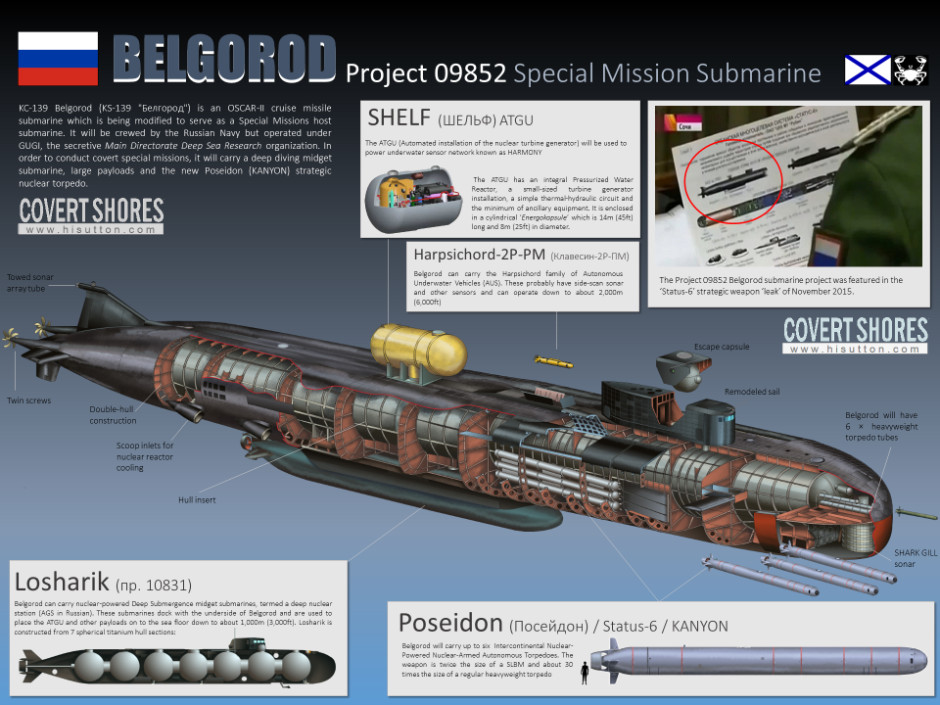 This gigantic machine, which can also carry submarines such as the 70-meter Losharik on its bottom, was developed especially to be a deterrent for the USA and EU countries.