Japanese auto giant Toyota is taking the industry by storm with Corolla. Corolla, the world’s best-selling car, sold more than 1 million copies last year. The hatchback version of the Corolla, which is one of the frequently preferred vehicles in our country, entered the crash tests. Toyota, which has been very successful in terms of failure, has also successfully passed the durability tests. 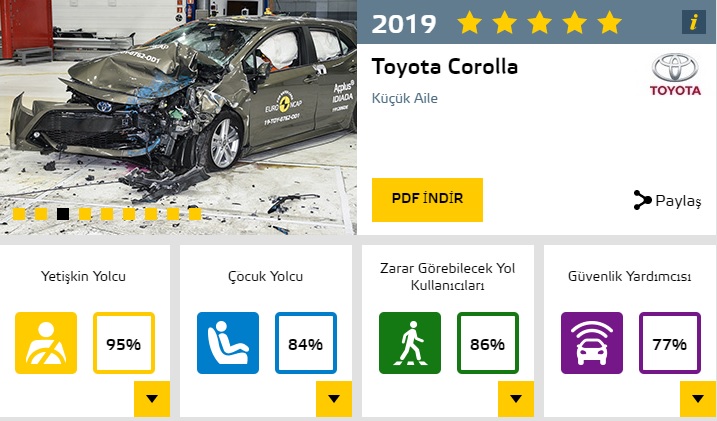 Corolla owes this success to the Toyota Safety Sense system. Toyota offers this system as standard equipment on hybrid versions of the Corolla and RAV 4. If we look at the features of this system, the smart lane tracking system that automatically centers the lane, the automatic high beams, the adaptive cruise control feature and the front collision avoidance system, which Euro NCAP is talking about. Thanks to this system, objects such as vehicles, pedestrians and bicycles are detected in the front of the vehicle, and in case of a possible collision, it not only applies the emergency brake, but also makes the seat belts of the passengers more tense. In this way, passenger safety is ensured.

The tests performed on the vehicle were also shared on Euro NCAP’s YouTube channel. You can watch the shared video below.