In early 2017, Microsoft added a feature to Bing Maps that shows real-time traffic flow. Thanks to this feature, users in 55 countries where the feature was released could view the traffic flow in real time and adjust their routes accordingly. Today, the Redmond-based company introduced a new feature for its navigation app. With this feature, users will be able to receive simultaneous images from traffic cameras by selecting a particular road in Bing Maps.

With the new feature, users will simply press the traffic camera icon to view the current traffic flow in a particular area. It is worth mentioning that the traffic cameras that users can access are limited to certain directions. The new feature will also be accessible from the ‘traffic’ option in the Bing Maps application’s web interface. 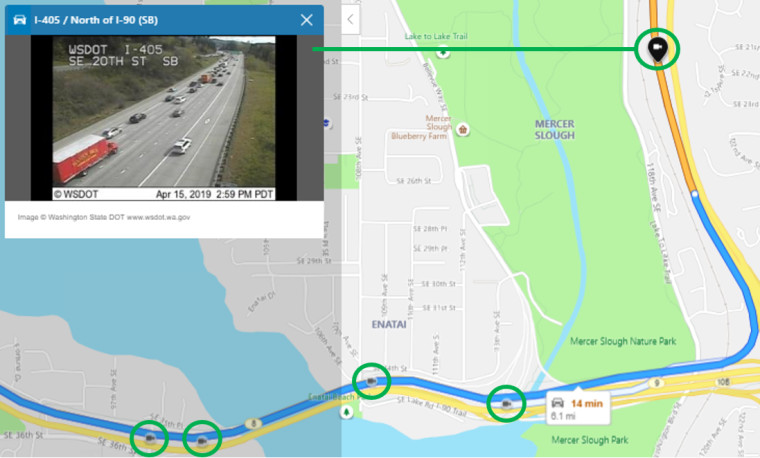 Combined with the feature added in March, the traffic camera feature will be much more useful. In the feature that came with the March update, the roads take on various colors according to the traffic density. For example, roads in orange indicate that traffic is flowing, while roads in red indicate heavy traffic.

Thanks to this new feature brought by Microsoft, users will be aware of traffic congestion in certain places and can adjust their maps accordingly. Users will also be aware of seasonal movements such as heavy snowfall, windstorms and floods. This application, which will enable users to see the areas they cannot cross due to seasonal movements and be prepared for dangerous road conditions, seems to be quite successful if it fulfills its promises.