Atmaca sea missile, which was exhibited for the first time by ROKETSAN at the 14th International Defense Industry Fair (IDEF’19) and is stated to have superior features than its counterparts in the world, is preparing to start a new era in the field of surface-to-surface missiles. Atmaca, which will be seen actively in the navy in 1-1.5 years, will be a striking defense product in modern naval platforms with its long range, low trace and high targeting accuracy. 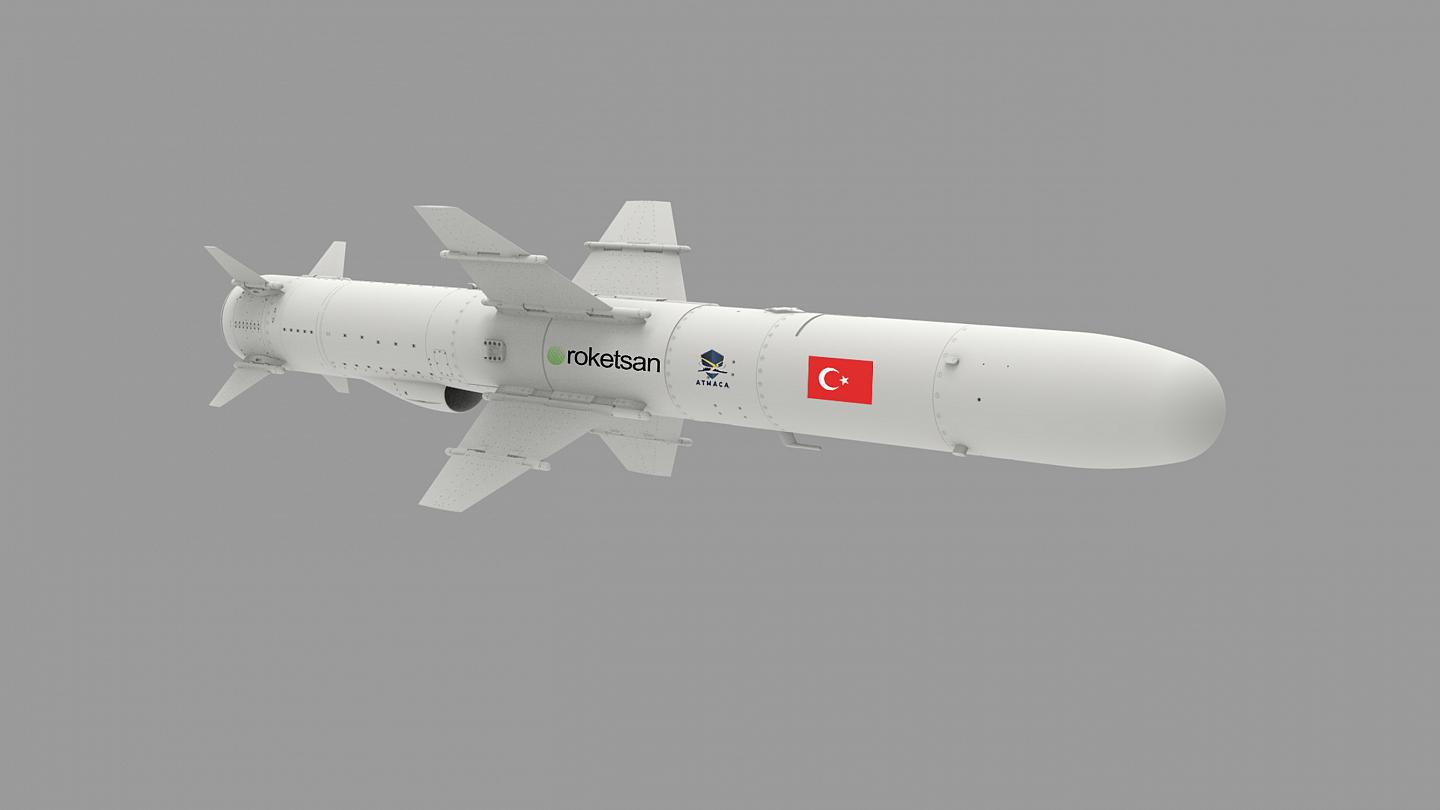 Atmaca, which can be used in all weather conditions, is resistant to countermeasures, has advanced capabilities such as target update, re-attack and mission cancellation, thanks to its advanced mission planning system (3D routing). Extremely effective against fixed and moving targets. Using the Global Positioning System, Inertial Measurement Unit, Barometric Altimeter and Radar Altimeter subsystems, Atmaca’s maximum range exceeds 200 kilometers.

The contract signed between the Presidency of Defense Industries (SSB) and ROKETSAN enabled the mass production of Atmaca missile to begin. Integration of the long-range guided missile to the platforms in the inventory of the Turkish Naval Forces has also started. The firing tests of the Atmaca Weapon System, which will be integrated into MİLGEM corvettes first, are expected to begin shortly.