About Technology
Home Science Unraveling the Secrets of Photosynthesis

A group of scientists from Arizona State University (ASU) are one step closer to unraveling the secrets of photosynthesis by identifying a sizable photosynthetic supercomplex structure. This important discovery has been published in Nature Structural & Molecular Biology.

Yuval Mazor, an associate professor at the School of Molecular Sciences and the Biodesign Institute’s Center for Applied Strcutural Discovery, said: “Supercomplexes are the photochemical reaction centers found in all photosynthetic organisms and the common point of sensitive proteins.” said. 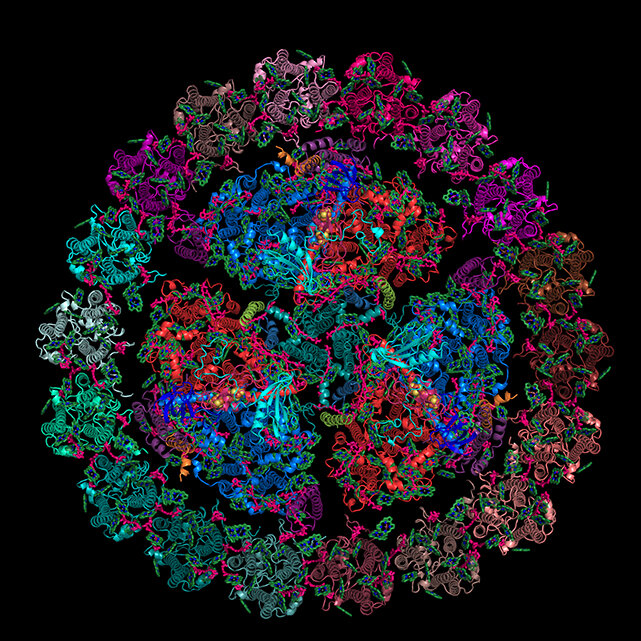 Plants, algae and cyanobacteria use photosynthesis to produce oxygen and reduce carbon. There are two pigment-protein complexes that drive the primary light reactions in oxygenic photosynthesis. These are photosystem I (PSI) and photosystem II (PSII). Understanding the workings of these photosystems is something the scientific community has long sought.

In the past few years, single-particle cryogenic electron microscopy (cryo-EM) has triggered a revolution in structural biology and has become a highly dominant discipline. Cryo-EM enables the study of biological structures that were impossible to study a few years ago, revealing structures of unprecedented complexity in great detail.

This technique is used by scientists at ASU who have been instrumental in describing the structure of complex PSI-IsiA. In vitro, these supercomplexes were formed by cyanobacteria under a low iron environment and high light flux. In the real world, iron is in a fairly low concentration and high light is more like a law than an exception, so PSI-IsiA, a form found quite often in photosystem 1.

The PSI-IsiA supercomplex contains 591 chlorophylls, making it the highest bound pigment of any photosynthetic supercomplex.

Ultimately, understanding the complexity and functions of the IsiA photosynthetic supercomplex will allow us to stably supply energy from Earth. Undoubtedly, this is one of the biggest struggles of the 21st century.