Google has been making improvements to YouTube’s full-screen user interface over the past few years. The last update in this direction was to show the suggested videos to the user while in full-screen video watching mode. With the new update, new features have been added to this interface. 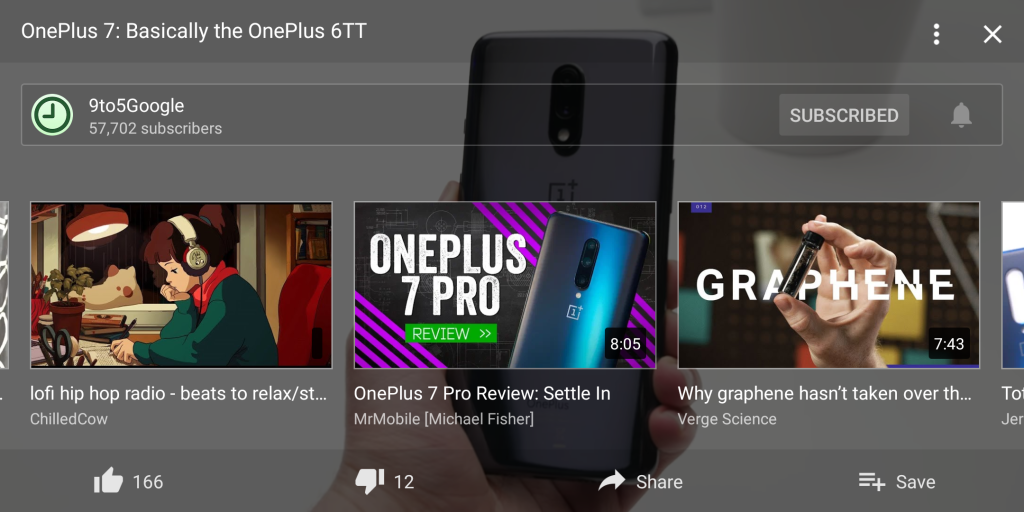 With the update made to YouTube’s full-screen user interface and released today, users encountered some changes that will strengthen their video watching experience. Now, users will be able to easily reach buttons to like or dislike the video, share and save to the playlist while focused on watching the video in full screen mode.

The update, which will greatly improve the user experience, is available for both beta and stable versions of the application.

The swipe up gesture to reach this menu while in full screen on YouTube is also used to return to the home screen in Android Q. Fortunately, however, it is possible to swipe almost anywhere on the screen to open the menu in YouTube’s full-screen mode.