While the usage areas for unmanned aerial vehicles are increasing in Turkey, solutions that can respond to these also continue to be produced. Studies carried out within Numas revealed a new manufacturer and model. The manufacturer, Zyrone Dynamics, developed the variable displacement drone by combining fixed and rotary wing designs in a single vehicle.

Traditional UAVs are produced in two classes as fixed wing or rotary wing. The technology produced by Zyrone Dynamics combines the features of these two classes together, allowing the unmanned aerial vehicle to both hover like a rotary wing and travel long distances at high altitudes like a fixed wing. In this way, the vehicle, which is both fast and maneuverable, can easily enter narrow spaces. 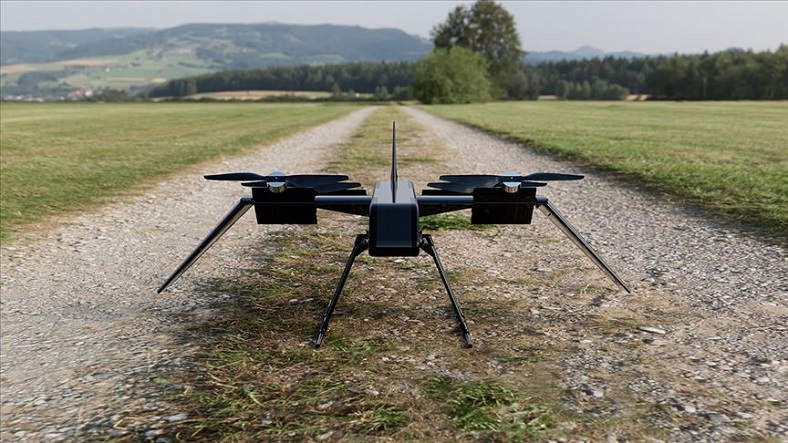 The unmanned aerial vehicle, which the manufacturer calls Z4, has a weight of 8 kilograms and a payload of 1.5 kilograms. . The 1 meter long vehicle is 1 meter wide in multi-rotor mode and 1.8 meters wide in fixed-wing mode.

With a flight time of 60 minutes, the Z4 has a maximum speed of 150 km and a data range of 40 km. The vehicle was produced to meet high observation and intelligence needs. It has an electrooptic/infrared laser sensor and has the ability to track objects day and night in a radius of 20 kilometers. It can also transfer high resolution images.

Zyrone Dynamics seems to be developing a product line with different features and capabilities. In this direction, they have also designed a product that will serve military and civilian cargo. The name of this vehicle is Z4H. Both vehicles will be exhibited for the first time at the 14th International Defense Industry Fair (IDEF’19).

The Z4H, which is heavier than the other model, has a load carrying capacity of 6 kilograms. The vehicle’s own weight is 14.5 kilograms. The vehicle, which has the capacity to serve quite efficiently in military and civil air transport, is among the unmanned aerial vehicles that carry the highest payload compared to its take-off weight.