5G technology is showing its strength from good to good. The internet speed offered by Verizon, which has completed establishing its own 5G network in America, showed itself with a video that emerged. A video shot in Chicago was shared by an editor named Chris Welch. Although the 4G connection speed was sometimes reduced in the video shared by Welch, it was far beyond the speeds we are used to. While Welch ran these tests, the Samsung Galaxy S10 5G was used.

Welch not only shared a video, but also shared screenshots of some technical data with his followers. These screenshots displayed internet speeds at different times. Accordingly, Verizon’s internet network saw speeds of at least 587 Mbps and the highest at 1,096 Mbps on 5G connections.

Welch, who also has an iPhone in his hand, also shared a screenshot of it. The iPhone, which supports 4G connection speed, unfortunately lagged far behind Samsung. 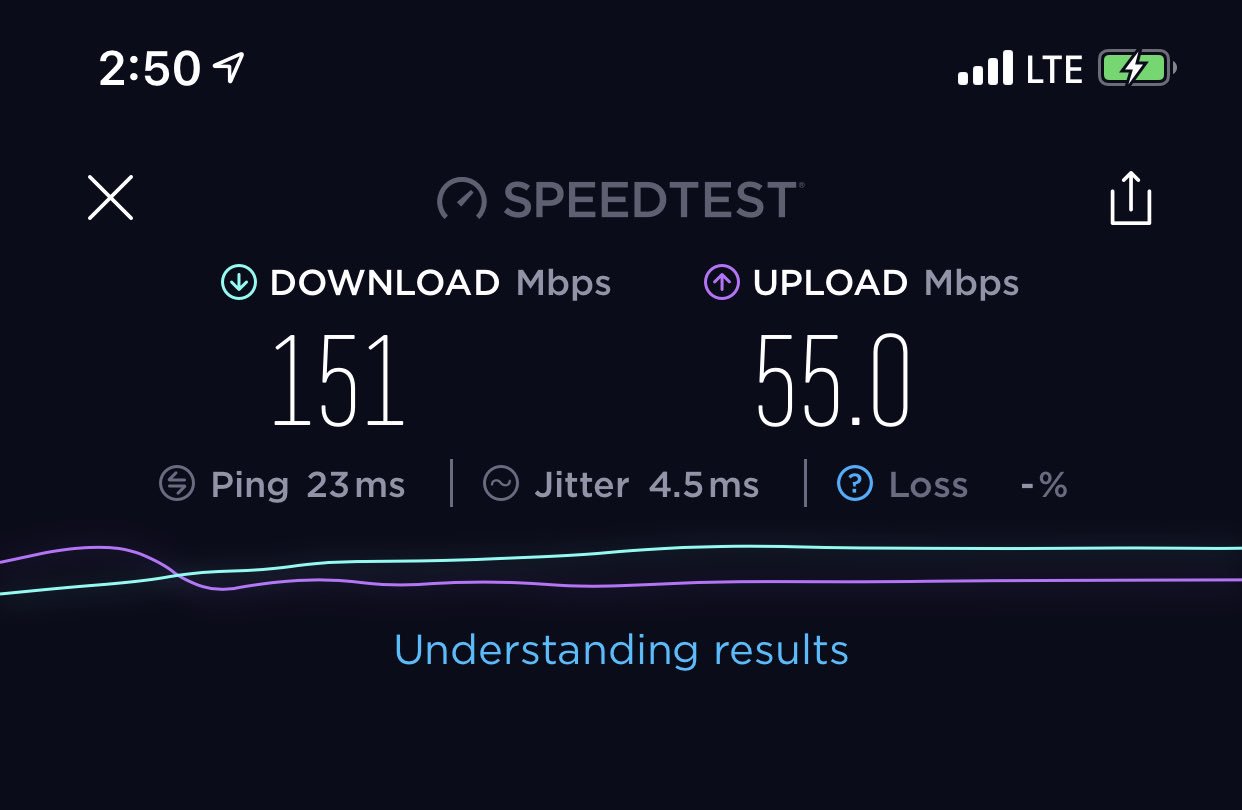 Making statements about the video he shared, Welch stated that he downloaded the pilot episode of The Office, one of the Netflix series, in ‘high’ quality in just 8 seconds, and that he downloaded Iron Man 2 in just 90 seconds in ‘best’ quality on Amazon’s Prime Video platform. Welch was already showing this in the video he shared. Here is the post Welch made on Twitter;

You can get Verizon’s 5G internet packages from its original site. However, if we need to talk about its top packages, we can say that Verizon has been extremely generous in this regard. For just $60, you can use 5G speed unlimitedly.