It was understood that the last of the eddy storms at the pole of Saturn’s moon Titan lasted exactly 22 years. This vortex, located at the pole, is a region of low pressure and lowers the temperature much more than normal due to its location above the ground.

Titan’s liquid methane clouds, which have an average daytime temperature of -180 degrees, are quite abundant, causing the temperature to drop further in long-lasting eddies. In addition, the images that Cassini captured from Titan revealed that this natural phenomenon occurred not only at one pole of the planet, but also at both poles.

Nick Teanby, planetary scientist at the University of Bristol, said of Titan: “What makes Titan so interesting is like a small Earth with an exotic and cold atmosphere that we can use for testing climate models and things like that. to be. Trying to solve these things will be our main motivation.” 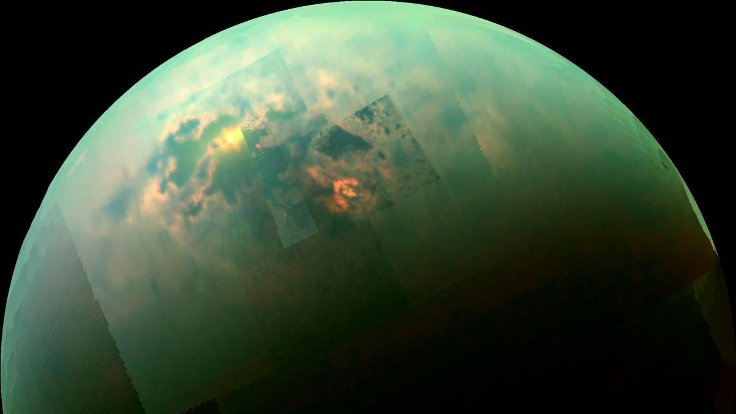 According to data collected by Cassini and still being studied by scientists, this vortex, also located in the south of the planet, is much colder than the one in the north.

The author of the study said: “Cassini’s infrared spectrometer shows that Titan’s winter poles are colder and richer in gas species than at equatorial latitudes. These observations can be explained by the presence of polar eddies. The reduced air enriches the composition of the lower atmosphere, and the isolation created by the strong eddy winds allows the cold to thrive in the winter darkness. “The coldest temperatures and the most extreme gas concentrations were seen at Titan’s south pole during early winter and vortex formation.”

According to another study based on the data collected by Cassini, methane rains can form lakes reaching a depth of 100 meters in Titan’s north polar region.