The Game of Thrones series concluded on May 19 as a phenomenon series with a huge fan base, two writers who could not meet the expectations of this audience, and actors who did not know that they should not bring anything from the outside to the set. In the final episode of the series, what was forgotten this time was a water bottle.

In HBO’s phenomenon series, two water bottles appeared on the screen and caught the attention of the audience. The first bottle was located behind Samwell Tarly’s feet. Another bottle appeared at Davos Seaworth’s feet. 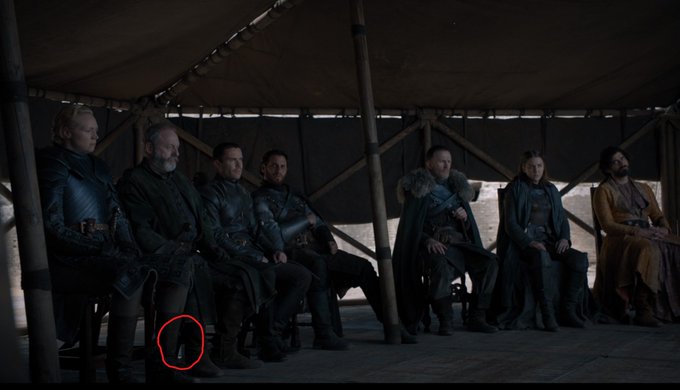 HBO had previously come to the fore with the forgetting of the coffee cup. It was announced that the event, which many people saw as an advertisement, was a mistake. Whether this is a mistake or not does not change the fact that Starbucks took advantage of the opportunity to spend $2.3 billion in advertising and promotion.

Now viewers are wondering if the water brands Evian and Fiji, which are featured in the movie, will make a similar promotion. There is great competition in the bottled water market and these companies do not skip any advertising opportunities. Those who remember the golden globe awards will also remember how the Fiji girl became a part of all their famous photographs.

Some users are accusing HBO of being sloppy in the last season, or even making amateur mistakes by taking sloppyness to a new level. A general audience, on the other hand, states that it is unacceptable to make these mistakes all the time in such a production.

The Game of Thrones series completed its eighth and final season with the episode aired on the night of May 19. Although more than 1 million people on the Internet gathered signatures for the remake of the last season, the probability of such a thing to happen is very low. (A petition saying ‘Don’t make these guys do Star Wars’ would have been more effective and more punitive.)

Let’s see what kind of statement the producers of the Game of Thrones series will make this time.