About Technology
Home Mobile What About the Interest in Old iPhones?

The smartphone industry is on the decline as consumers try to get more out of their mobile devices.

Manufacturers have been trying to make consumers happy by producing more advanced technology phones recently, but the newly released devices are putting a lot of pressure on consumers economically. This situation leads consumers to use their existing devices for a longer period of time. People still buy new phones, but not as often as before.

The latest SEMRush data reveals the level of consumer interest in the devices. 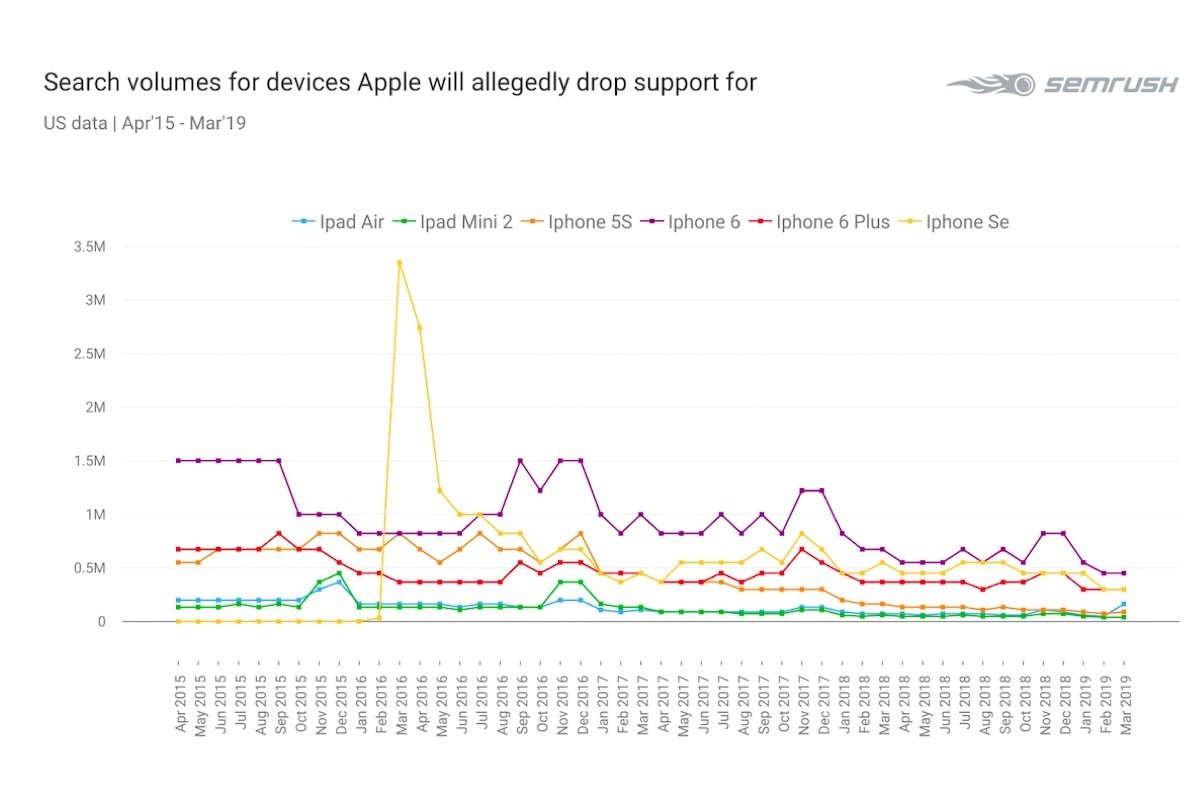 Although the interest in the iPhone 5S has dwindled since last year, the iPhone 6 still attracts attention.

The iPhone 6 is Apple’s best-selling series and remains popular in the second-hand market. Consumers who want to experience the iOS experience turn to the iPhone 6 series with an affordable price.

But it seems certain that Apple will no longer produce 4-inch phones. The screen of the iPhone SE 2, which is expected to be released soon, will be larger than 4 inches.

It is seen in the latest phone models that Apple has moved away from its vision of producing a phone to fit in a small bag or pocket. Even if the iPhone XR model, which is currently on the market, creates an alternative with a more affordable price, Apple does not work on a small-screen iPhone.