Home Cinema What awaits us in Game of Thrones, S08 B05?

There is very little time left for Game of Thrones to make its finale, and the last episode before the final will be broadcast at 04.00 tonight, connecting this night to Monday. So what happened in the previous episode? What could happen in this week’s episode?

NOTE: The rest of the article contains spoilers.

Game of Thrones Season 8, Episode 4: The Last of Starks

In the first half of the episode, we saw the Northerners and Southerners celebrating their victory over the Night King and the army of the dead. The coffee cup, which is the humor material of this week for internet users, was also in this first half hour. While Tormund toasted Dany, Dany toasted Arya and proclaimed Gendry lord of Storm’s End. Meanwhile, Gendry proposed to Arya, but Arya refused, saying she was not a lady and never wanted to be. 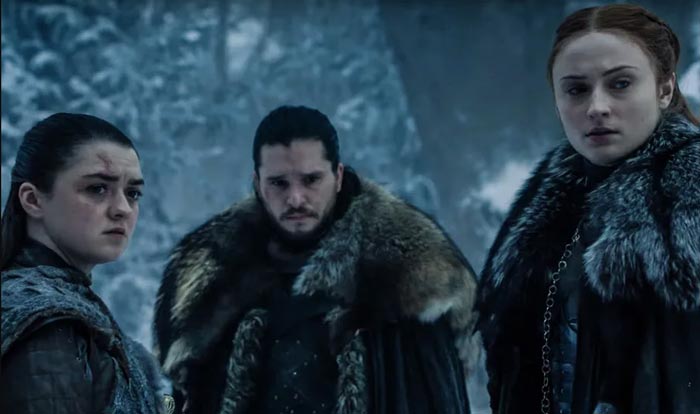 Although Dany begs Jon not to reveal that he is a Targeryan, Jon reveals his secret to Sansa and Arya. Later, Sansa told this to Tyrion and she to Varys, and this secret was no longer a secret and became knowledge. Towards the end of the episode, Jaime left Brienne behind as he set off with his horse to King’s Landing and Cercei.

At the end of the episode, Daenerys and Cercei face off in King’s Landing after Euron’s fleet hunts down Viserion and abducts Missandei. Although Tyrion tries to persuade Cercei, Mountain “blew his head” off Missandei.

What could happen in Chapter 5?

The eighth season preview of the fifth episode is pretty similar to the third episode. In the preview of the 3rd episode, we saw that the armies in Winterfell were preparing against the attacks of the Night King, but we did not see anything about the battle scenes in the episode. Another similar episode is expected to come, which will be directed by Miguel Sapochnik, who directed the Battle of Bastards and Battle of Winterfell episodes.

The series, which surprised its viewers with killing major characters, did not lose its heavyweights in the Battle of Winterfell, so we may encounter surprise deaths in this war.

Many questions are waiting to be answered in this section. Are there still wildfires on the streets of King’s Landing? What is Jaime planning? Will Arya cross out one of the names on her list? Will Varys and Tyrion turn their backs on their queen?

What do you expect from the fifth episode?