About Technology
Home Science What Is The Mysterious Eye Shape In The Sahara Desert?

This formation on the Adrar Plateau in the Sahara Desert on the African continent is actually a “dom”.So what is this dom?

Diameter of 40 kmThis miraculous formation, which is a natural phenomenon, took this shape over time as a result of the fluctuations of the earth’s crust and covered an area so large that it could be seen even from space.

This “dom” that seems to belong to another planet is also called the “Richat Formation”. 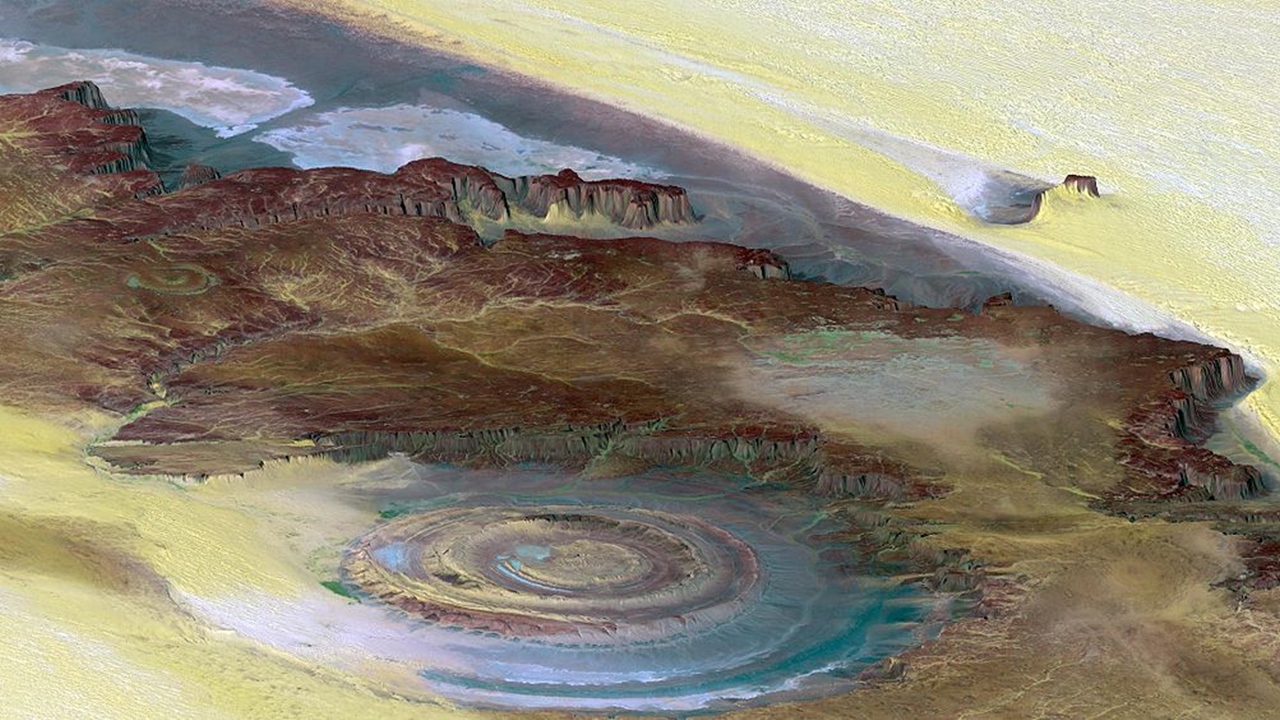 Known as the “Eye of the Sahara”, this geological formation is an elliptical structure composed of symmetrical anticlines with a diameter of 40 km, which has been heavily eroded.

Sediments accumulating in hollow areas on our planet’s surface, l due to the movement of the sheets towards each otherthey curl up and rise, causing the Richat Formation.

The main cause of the apparent circularity was thought to be an asteroid impact. 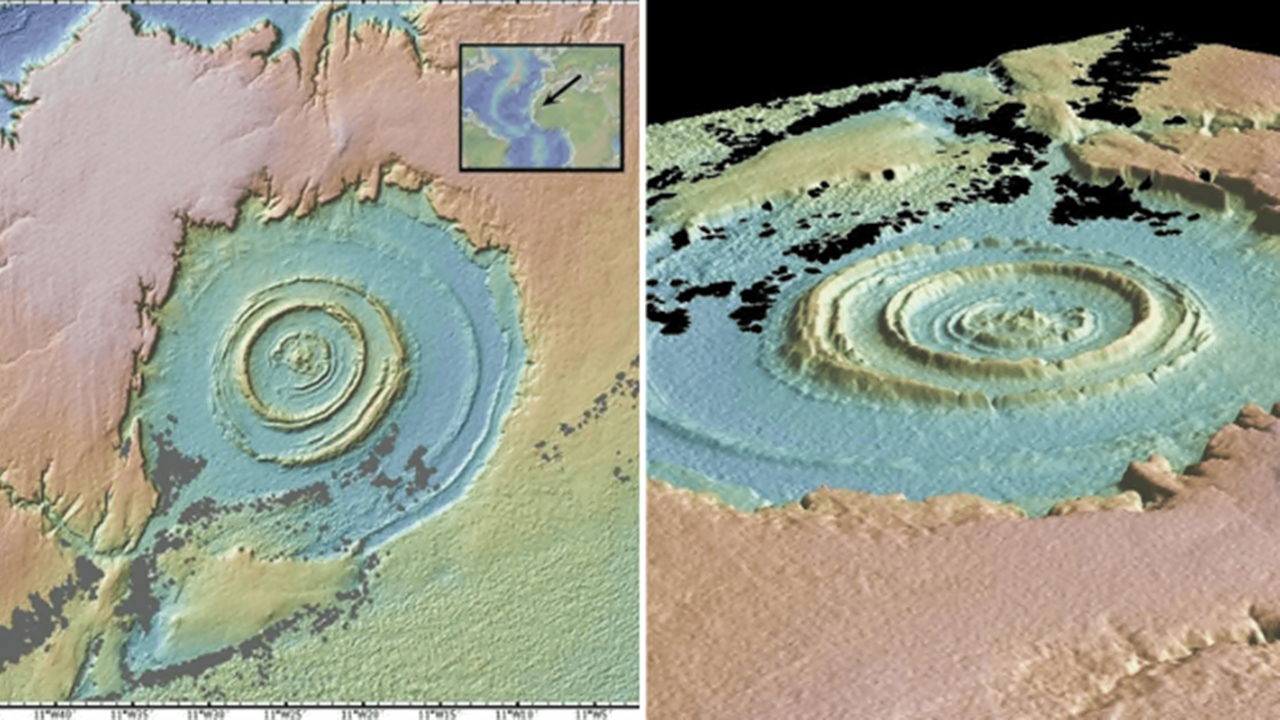 This idea was widely adopted in the first place, but later investigations showed that there was nothing here. No asteroid effect was found. 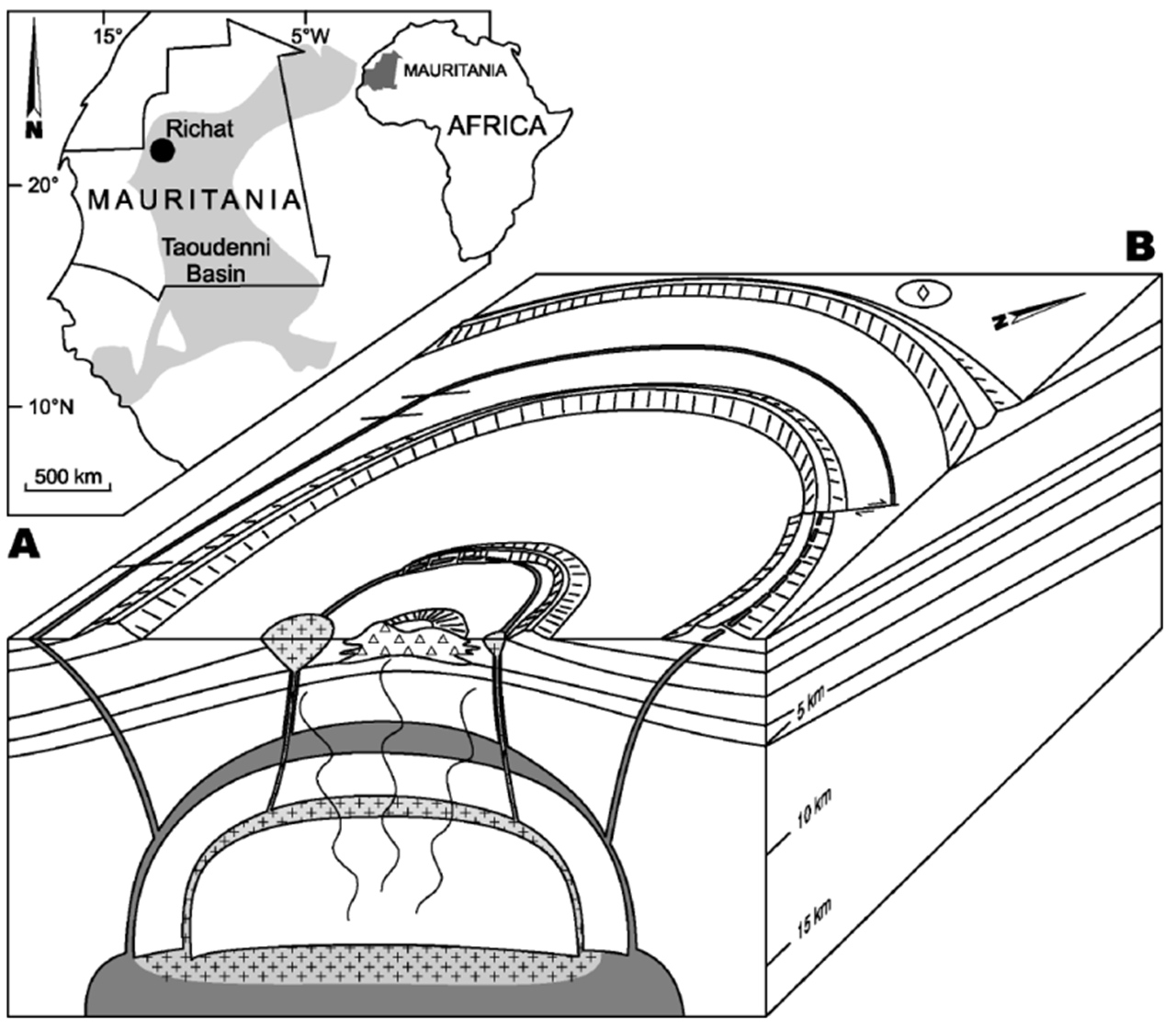 If there was a collision Shocked quartz and shattered glass should have been found. Because they are released as the effects of a high-energy impact.

The fact that it has a bluish color makes this place even more interesting. 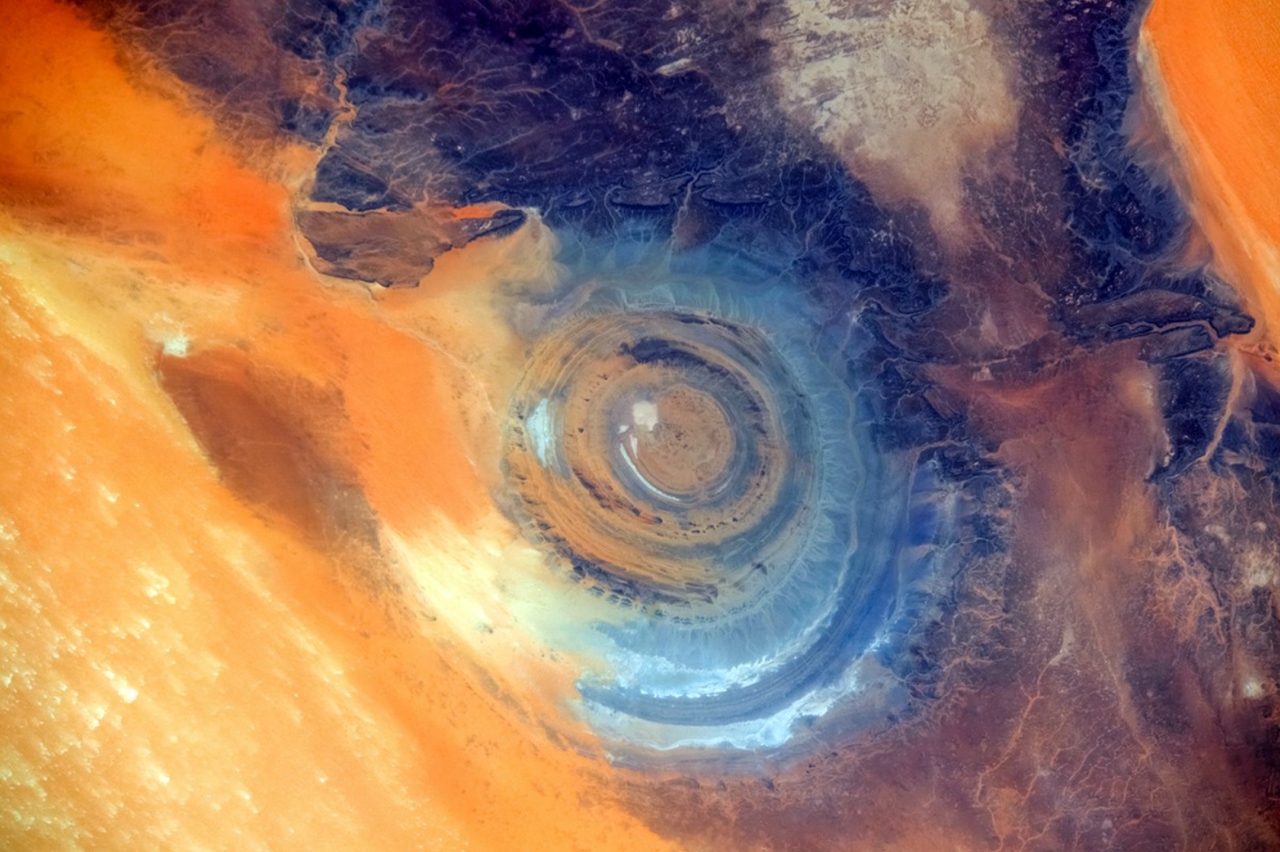 The photo you see above was taken by Russian cosmonaut Oleg Artemyev Hermanovitch during his mission to the International Space Station in 2014.

Colors are used to highlight certain geological features. by blending method I would also like to point out that it has been increased. It has this color due to its high magnetite content. 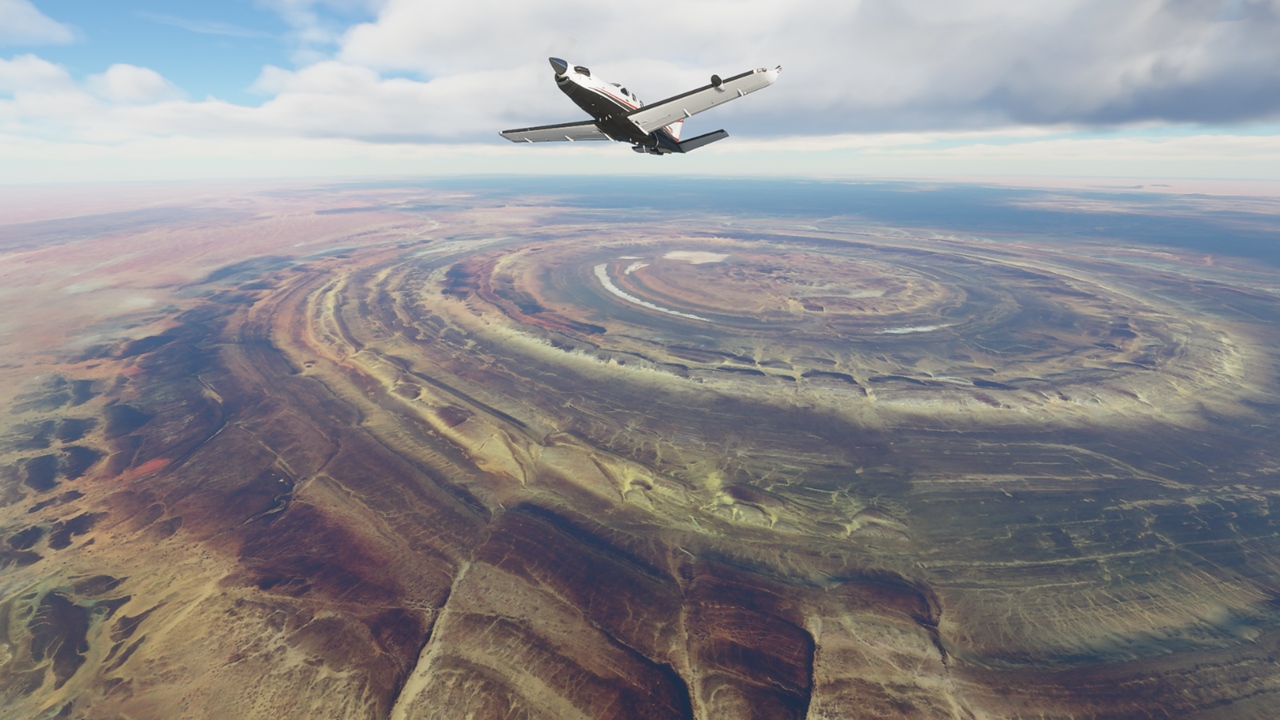 The rock bottom has brown, sandy yellow and white colors. The cover in the flow channels is green and the salt deposits are blue-white. 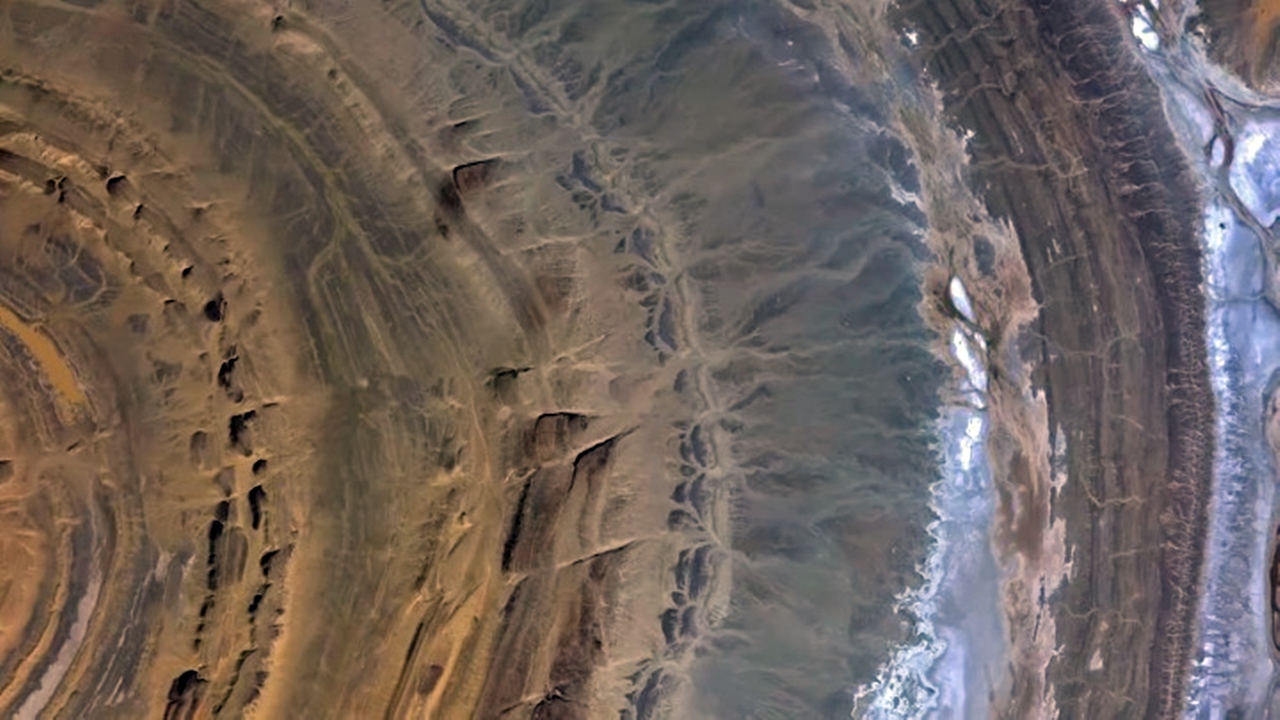 The presence of Mauritania’s highest peak northwest of the Richat Formation makes the eye shape even more distinctive. 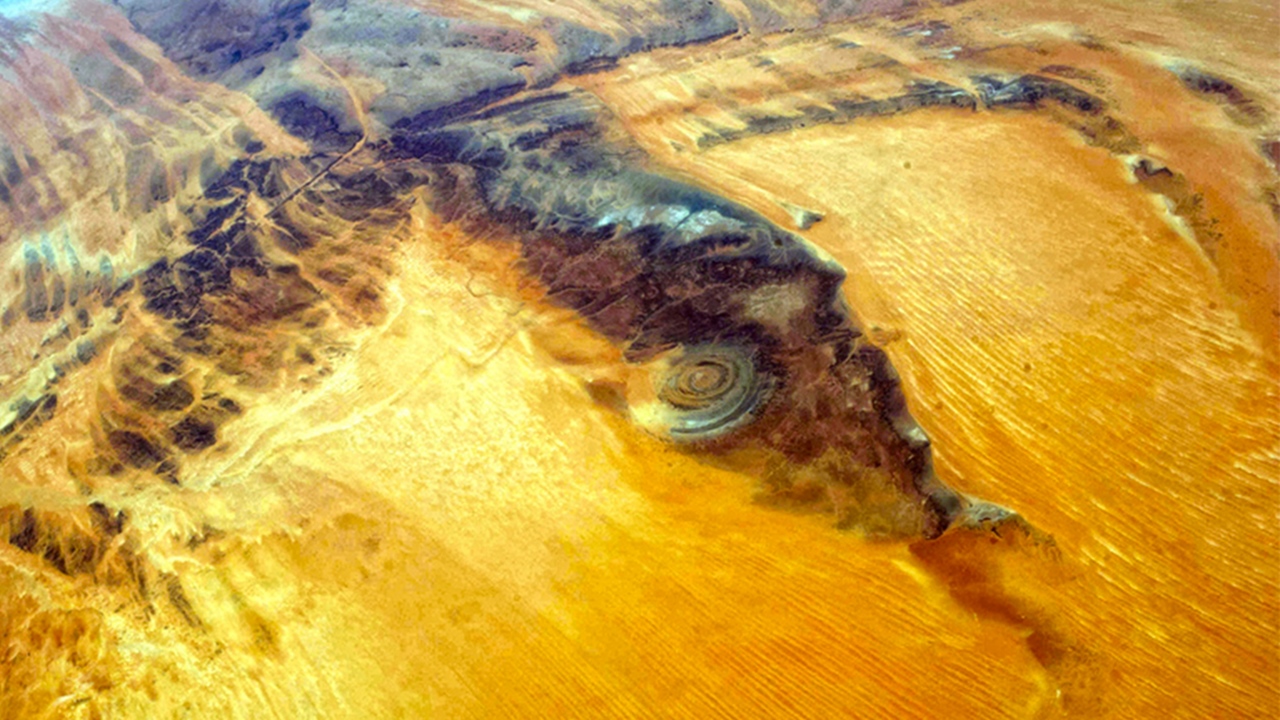 Apart from all this, in this region archaeological relic the number is also quite high. It has been determined that people lived here for a while.

The location of the Eye of the Sahara on the map from hereYou can have a look.