Home Life Why Are Some Tomatoes Tastier?

When we go grocery shopping, we’ve all noticed the tomatoes on the shelves. One is very smooth in shape, the other has a more distorted shape. But the only difference is of course not their shape. Although their appearance is not beautiful, these tomatoes, sometimes called local tomatoes and sometimes field tomatoes, have a different taste and smell. In fact, the price of these two types of tomatoes is usually different. Scientists conducted a study to understand the reason for this. Studies have revealed why field tomatoes taste better.

In studies conducted in the USA, the genomes of 725 different tomatoes were analyzed. Every detail that can come to mind, giving the tomato its taste and smell, preserving its freshness, was examined. As a result of these studies, it was revealed that in the production of greenhouse tomatoes, long shelf life is more important than taste and quality. 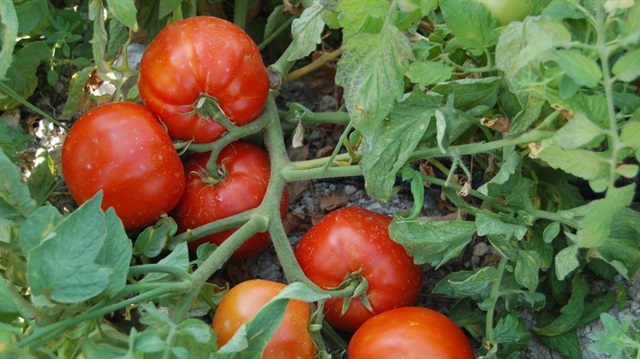 In the research, it was determined that 5000 genes found in local tomatoes and giving flavor to tomatoes are not found in greenhouse tomatoes. One of these genes was much more important than the others. This gene, called TomLoxC, both gave flavor to the tomato and interacted with the pigments that gave the tomato its color, so the tomatoes had a more natural color.

While this gene was found in more than 90 percent of domestic tomatoes, it was not found in commercially grown greenhouse tomatoes. The greenhouse tomatoes, which were constantly exposed to pesticides, lost these genes over the years. Of course, the absence of this gene meant nothing to commercial tomato growers. The reason for this was that with the drugs given, the tomatoes gave a striking red color, their appearance was much smoother and their durability increased.

Botanist Zhangjun Fei, who made a statement about the studies, stated that the first priority in greenhouse tomatoes is durability, and said that this situation causes changes in the genes of tomatoes over time, while some genes are partially lost and some are completely lost.