Windows 11 Build 25151 has been released for testers on the Dev Channel and comes with a list of bug fixes. Microsoft also made a change with Build 25151 that is not included in the changelog. The “Open With dialog boxes” that appear when opening various files were previously redesigned and later removed from compilations. Now Insiders in the development channel will retest the new dialogs. 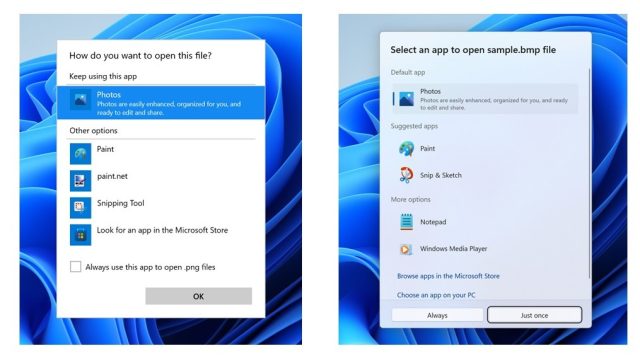 Windows 11 Build 25151 isn’t tied to a specific feature update, but we’re guessing it’s part of Windows 11 23H2, which is expected for next year. When we want to right-click on any file and use the application we want, we use the “Open With” option. This dialog was last revamped in Windows 8 and is now updated to conform to the Windows 11 design.

Fixed an issue that caused File Explorer tabs to appear unexpectedly large with the new build. Microsoft has also fixed another bug that prevents you from shutting down the system via the Start menu.