Which type of writing style is most comfortable for your eyes? Maybe we don’t think much about how the writings we read in our ordinary lives are designed and how they have such shapes. However, the design of a font is more difficult than you might think.

For example, it is not just letters and alphabets. Dozens of common languages, symbols specific to this language, and alphabets with special and different structures must be presented with the same legibility. It takes a lot of time to create such a font. The Helvetica font family, on the other hand, has kept up with the needs of the era and has a library of 40,000 characters for 62 years.

Helvetica, a product of Monotype, which makes special digital typesetting and lettering designs for the screens we use today, has become one of the most influential designer achievements in history. The company aims to achieve the best possible result with its design team, which has been working on a single font for years. In fact, a few years ago this was not the case at all.

Things were going pretty well and in 2011 Google stopped using Helvetica. Then Apple started using other fonts in 2013. Then IBM and Netflix started to switch to new generation fonts one by one. Monotype was supposed to handle the situation.

There are three versions of Helvetica Now , an updated version of the rooted font family . Now Micro for use on small screen devices; Helvetica Now Display, where graphical issues are fixed for larger screens, and the star of the group: Helvetica Now Text.

Text version is designed as a special version for places where texts are used quite often. Its purpose is to make reading fluent. 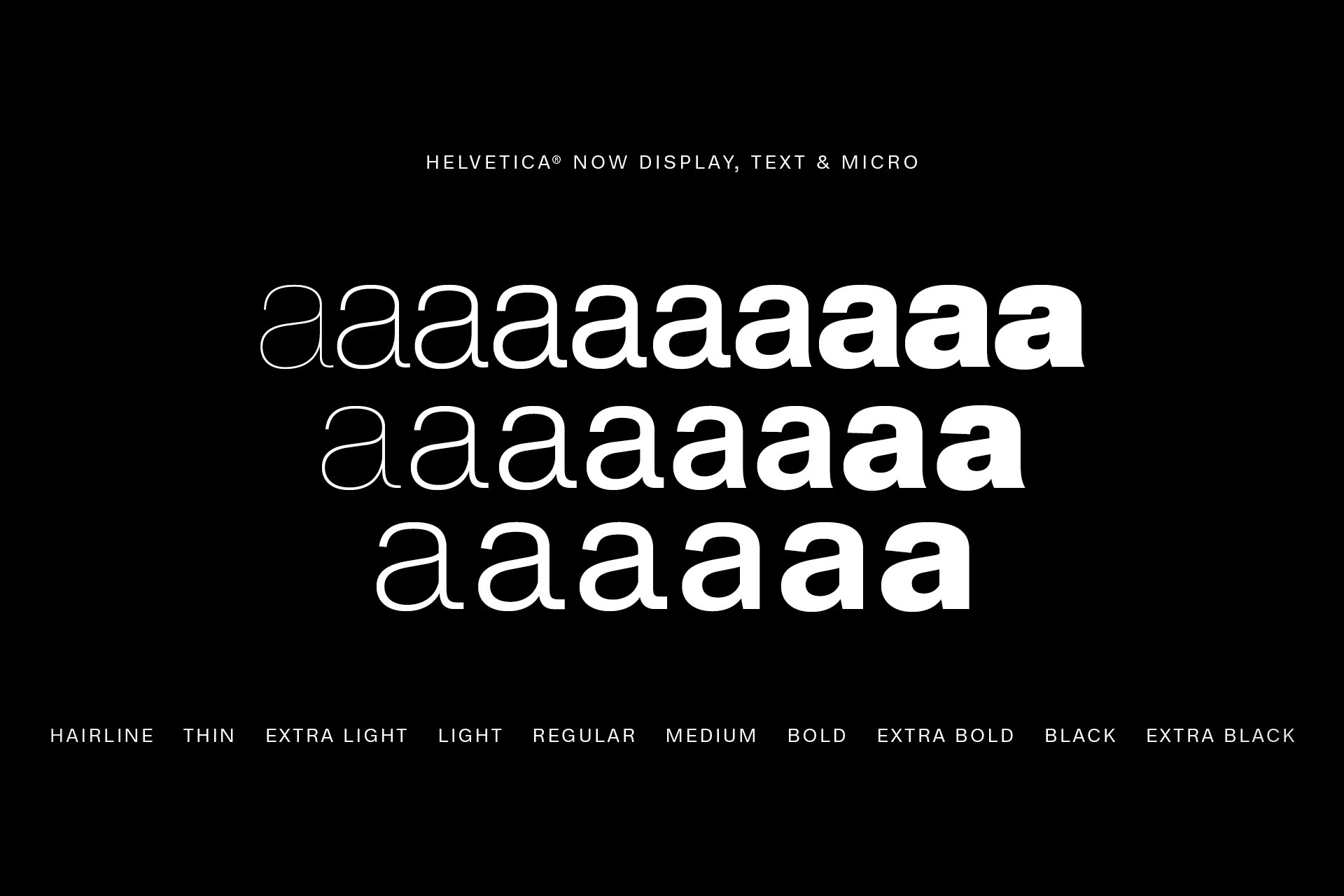 As for the old version Helvetica fonts… They will live on the websites where they exist for now. Companies and designers must obtain a license from Monotype to use the new version of Helvetic Now.