Recently, Xiao Xiaoshuang, general manager of Xiaomi TV Department, announced on Chinese social media platform Weibo that some new products of Xiaomi will arrive this month. A few days ago, Xiaomi TV officially released its spring 2019 product launch poster. This launch will be the conference of Xiaomi TV and will be held on April 23 in Beijing. 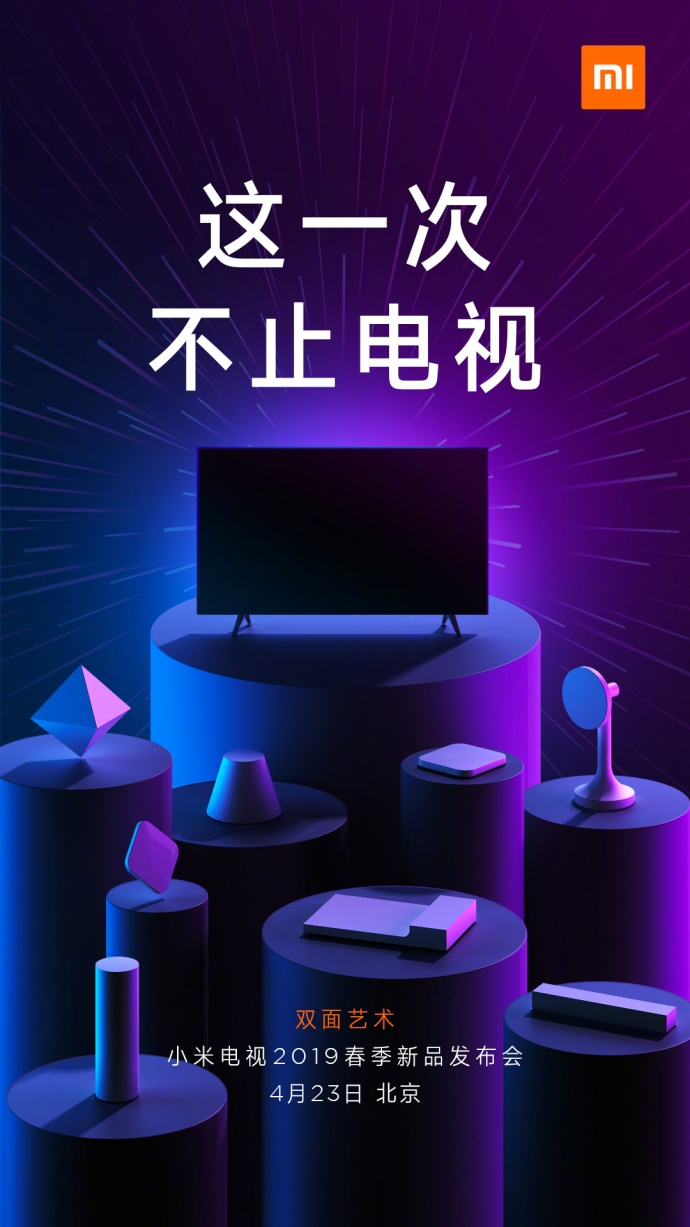 Xiaomi TV has officially released several posters, and the conference theme seems to be “double-sided art”. This indicates that the remote will change again. Xiaomi also hinted that the thickness of the new television product could bring surprises. In another poster it published, Xiaomi showed that the product or products to be unveiled at this conference will not only be televisions, but also other mysterious new products. If we deduce from here, we may see new Xiaomi home products in the coming days.

In addition to television, we see many products such as table lamps, smart scales, speakers in the poster. From the poster, we can guess that exactly eight separate products could be launched. In other words, at the conference on April 23, Xiaomi will introduce many new products. Until then, we have no choice but to wait patiently for whatever surprises Xiaomi has for us. Which household product would you like to be introduced to the market?